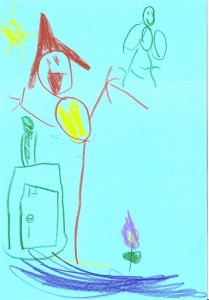 No, that’s not Hawkeye. That is a wizard conjuring a spirit. The picture was drawn for me by the Sorceress of Citadels, who is the little sister of the Mistress of Assassins, while I was building my manors and trying to get the crown.

Perhaps I should explain.

This past weekend, I attended Id4Con, which is a very small gaming con. How small? Well, Rhode Island could beat the crap out of it in a war. But, it was nearby and I’d never been to a gaming con before and, always seeking to expand horizons and readers, decided a whirl to give it.

Set up in the vendor’s room along with eight others: 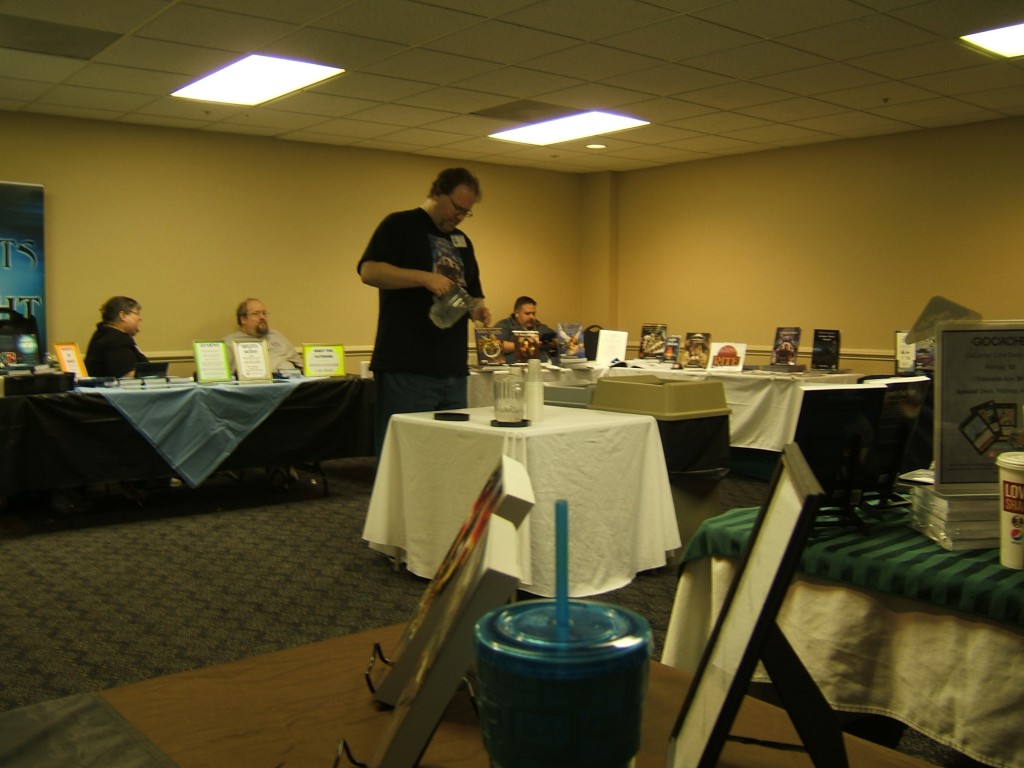 where the atmosphere was electric. Here’s my table: 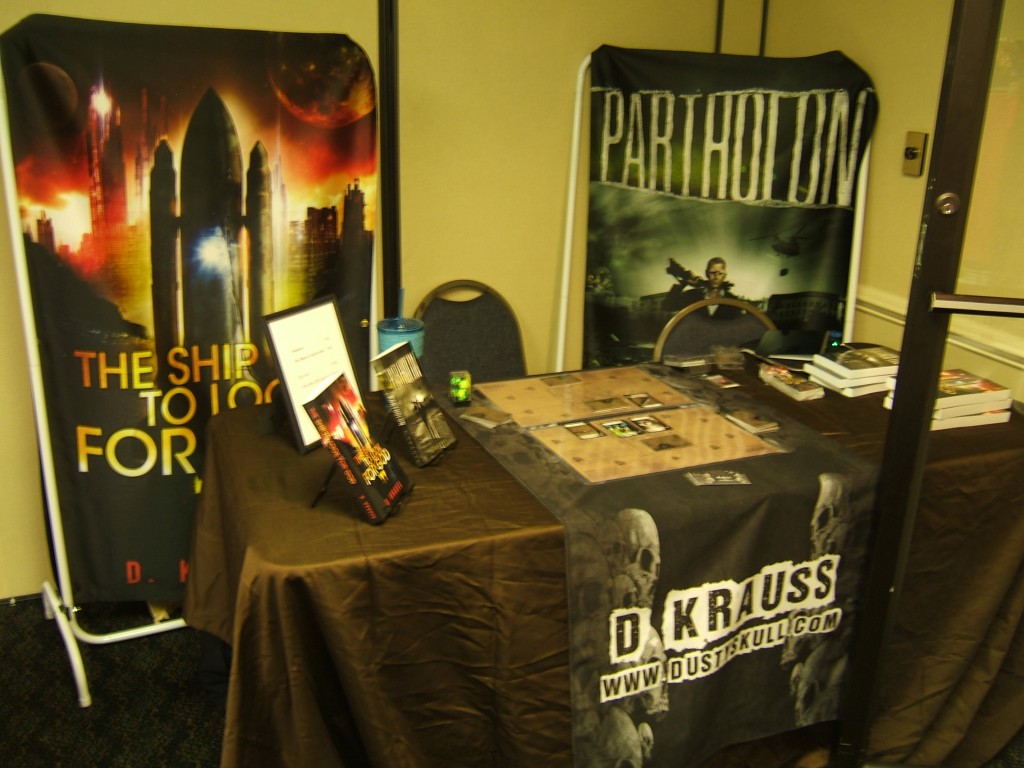 Yep, right beside the door, which was actually good, providing some protection from those crazy Pathfinder gamers next door. They throw things. Note the placement of the Dark Legacy RPCG (role-playing card game. I know the lingo) directly in the middle of my table, a lure to the unwary gamers passing by so I could then trap them with the Sales Pitch of Death. But, gamers are a wary lot, and the majority successfully resisted, somehow detecting that I was no gamer.

And I’m not. Not by current standards, anyway. Yes, I am an Assassin’s Creed fan, and, yes, I have a crapload of tactical and strategic board games, and there is my ownership of Dark Legacy as contrary evidence but, I’m just not. Had I been, I would have known that gamers come to a gaming convention to…get this…play games. No, seriously, they do. And you wanna know something else? They usually bring all their stuff with them. In other words, there’s very little visiting of the vendor room except maybe to replace some dice or get a cool picture. Books? Fah!

But, hey, in for a penny, so I decided to hie off to the playing fields and partake of the action: 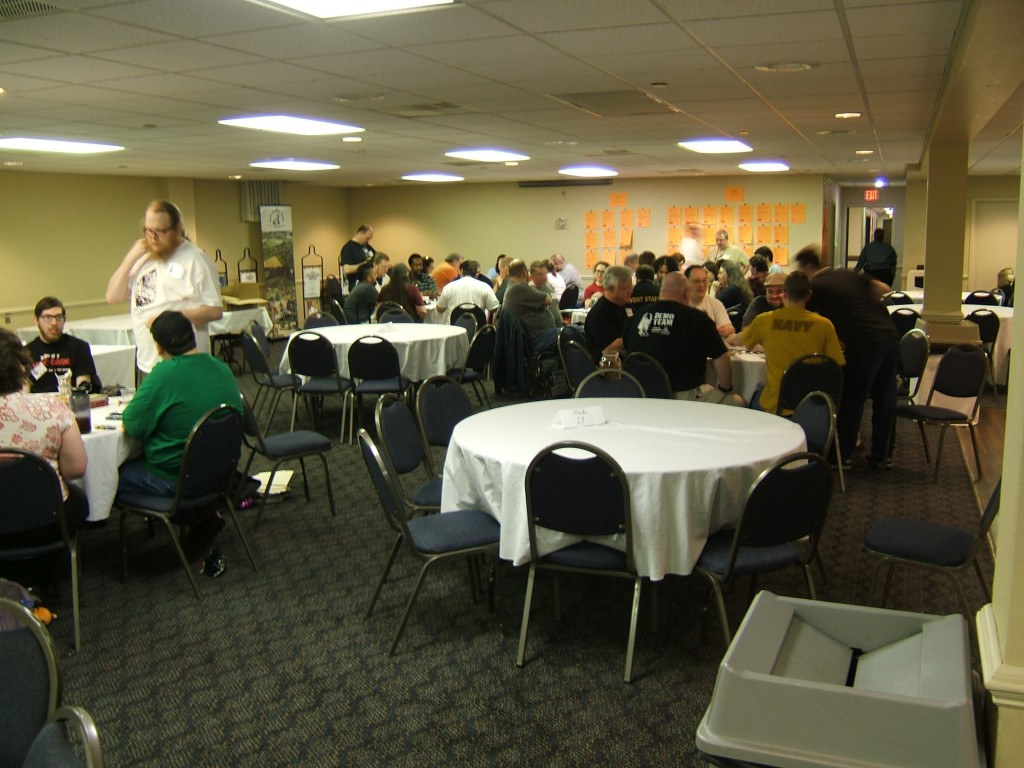 Okay, well, most of the action was on paper and in your head but there were some pretty cool things going on, like this Deep Space 9/ Star Trek/Borg  onslaught: 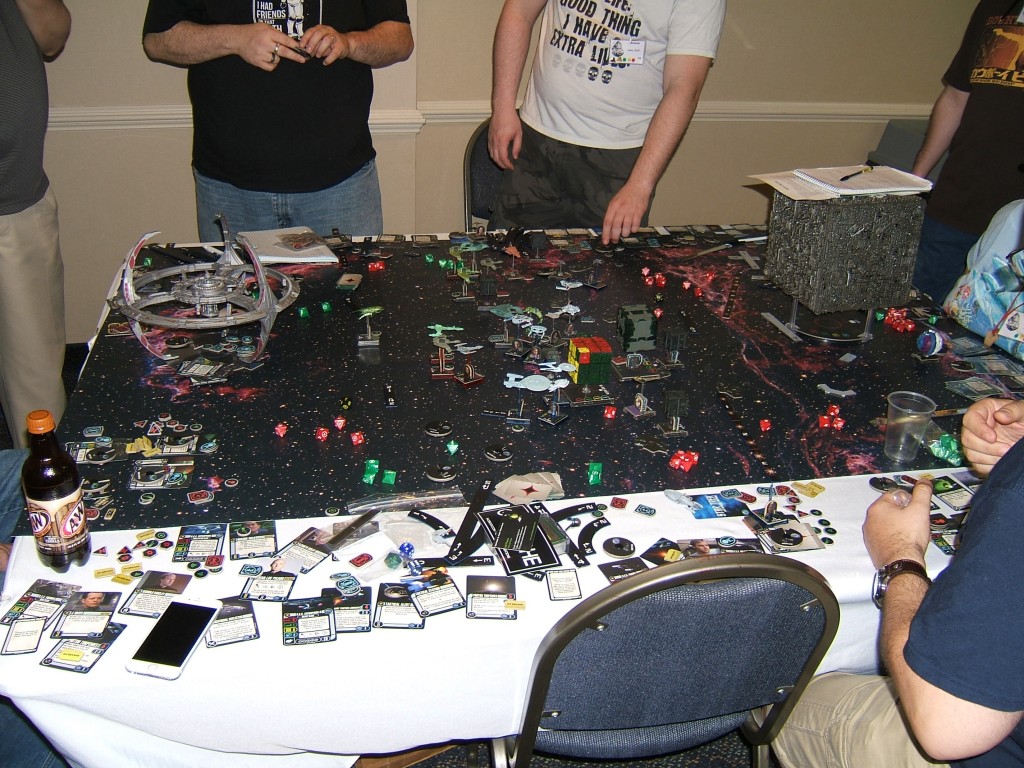 Nearby the Mistress of Assassins and her little sister, the Sorceress, invited me to play the card game, Citadels, with them, the guy from Halloween, and the Marshall of a crime-ridden district: 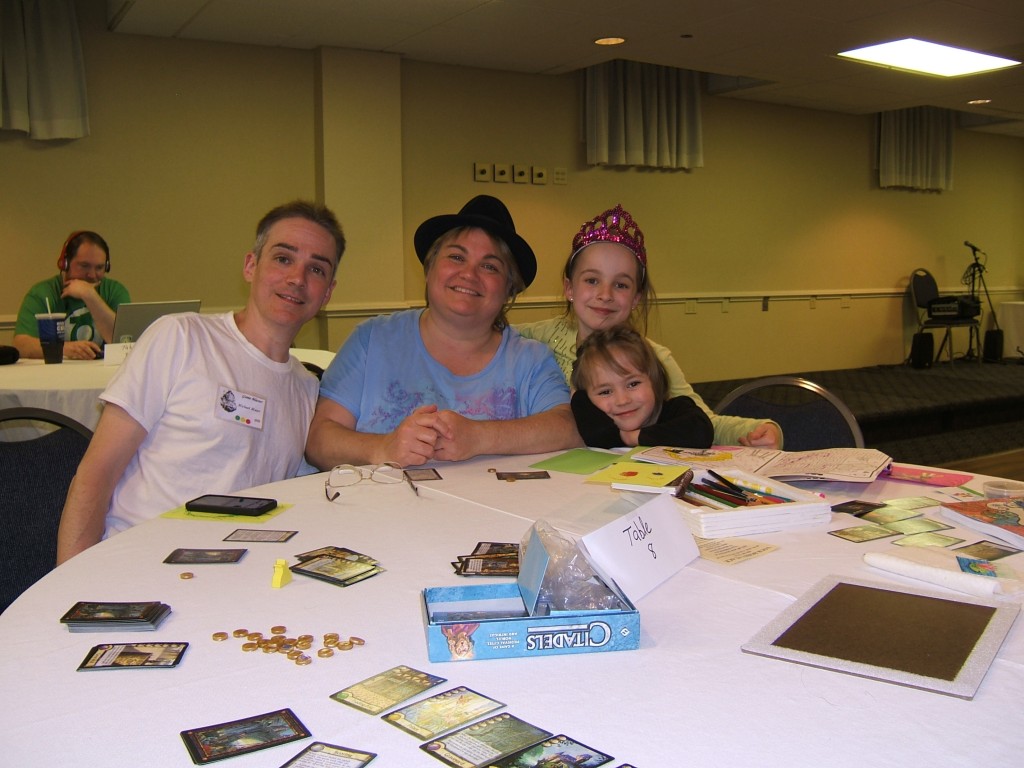 It was a lot of fun, depite the Assassin taking me out every other round or so. She also drew me a picture: 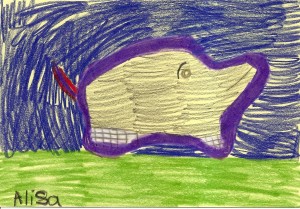 And then I ran into a group about to play Marvel Heroic Role Playing. Marvel? A chance to BE a Marvel character? Ask me twice? No need. 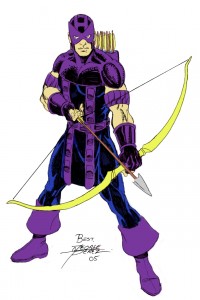 Along with SpiderMan, Daredevil, Black Widow, Black Cat, and Moon Knight (and a couple of Gaming Masters, including James standing at the left, who was the guy running the whole shebang): 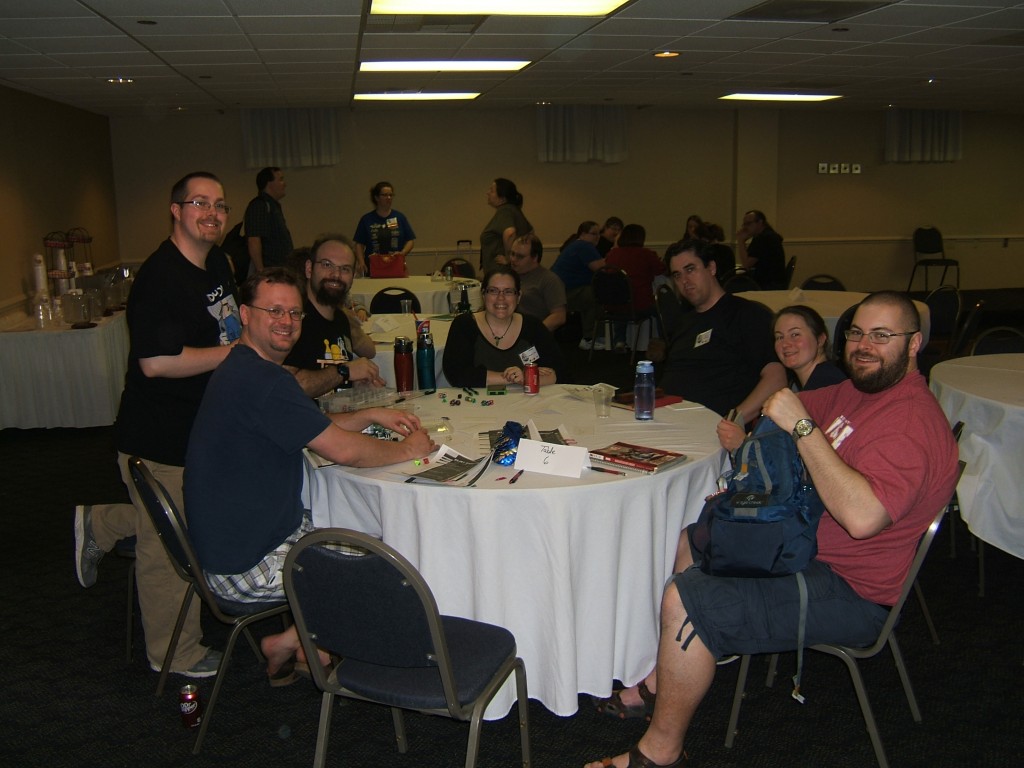 we foiled a dastardly plot by A.I.M. to supply energy weapons to the Family. Now, I admit I didn’t really have any idea what was going on (what’s an Effect dice, again?) but I had a blast. My last official act before returning to this universe was shooting an EMP arrow from the top of a building ledge straight down the hatch of an A.I.M personnel carrier.