I mean, wow. Just wow. The little town of Dover, Delaware, a place familiar to we Air Force types who’ve traversed the nearby base at one time or another, had themselves a fine little Comicon. Gotta say, this was one of the best ‘cons of any kind I’d attended in quite the while.

Could have something to do with the place I stayed the night: 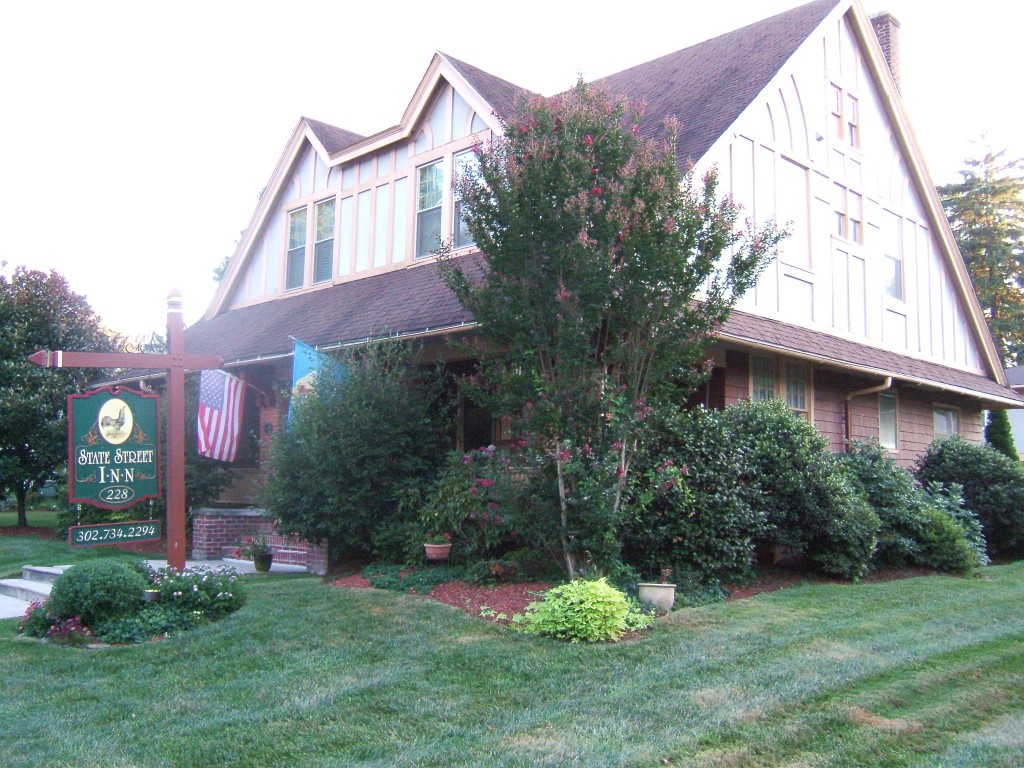 The State Street Inn. Check out my room: 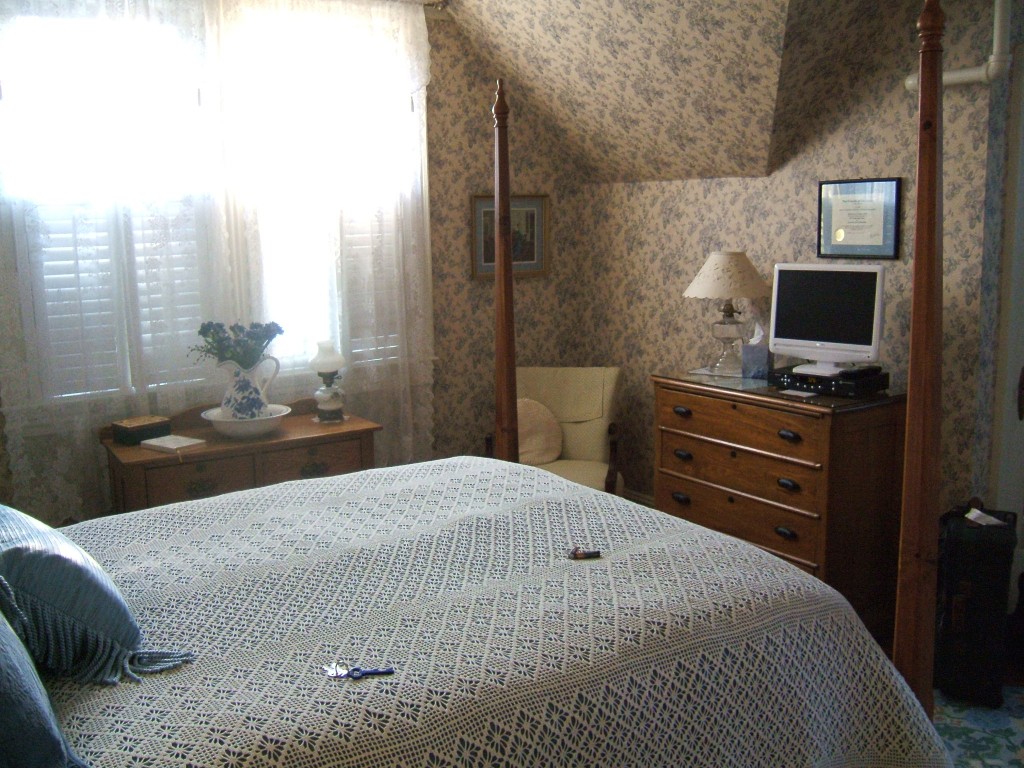 and the rest of the place: 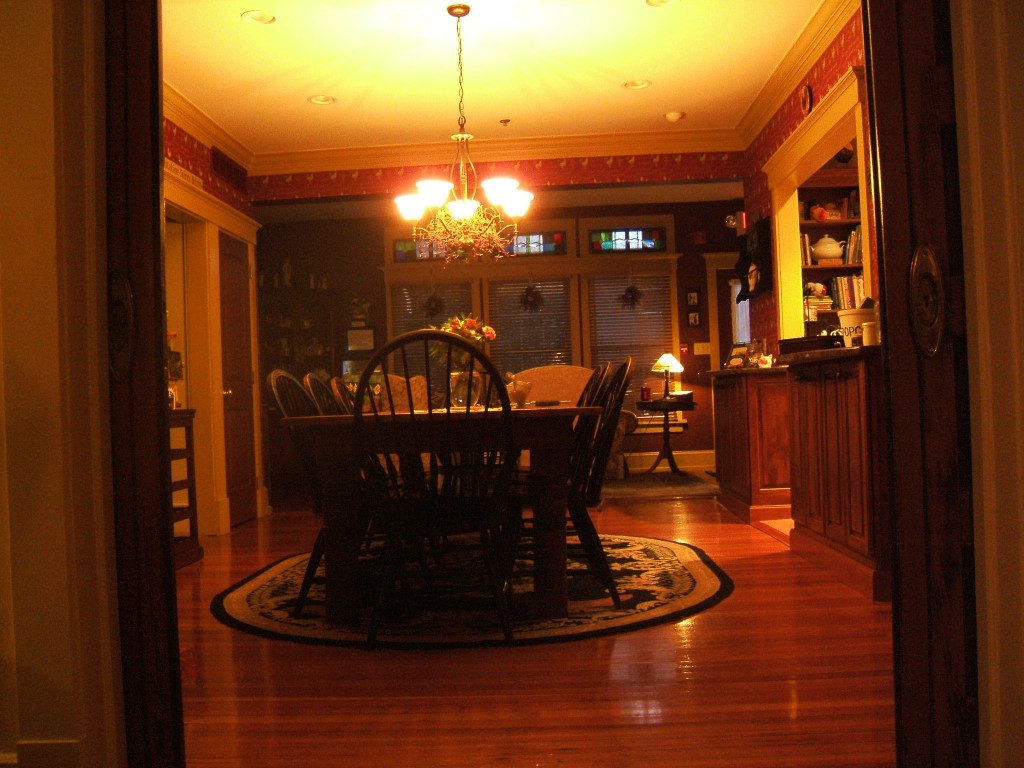 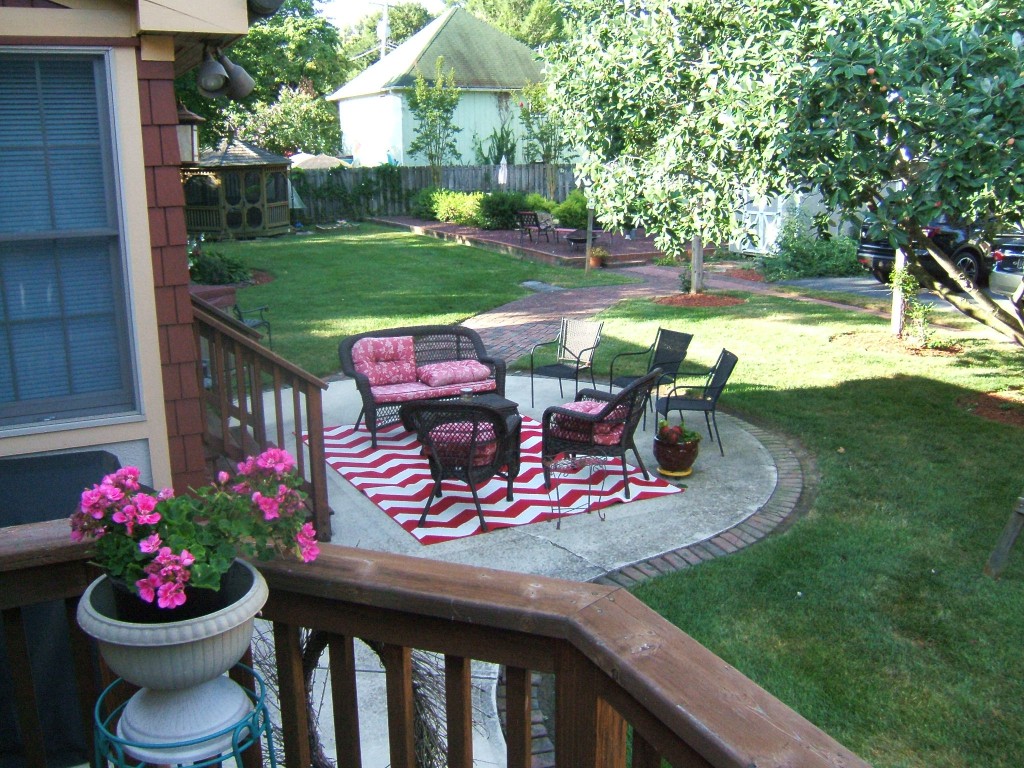 Feral cats and two of the best hosts in America, Michael and Yvonne Hall: 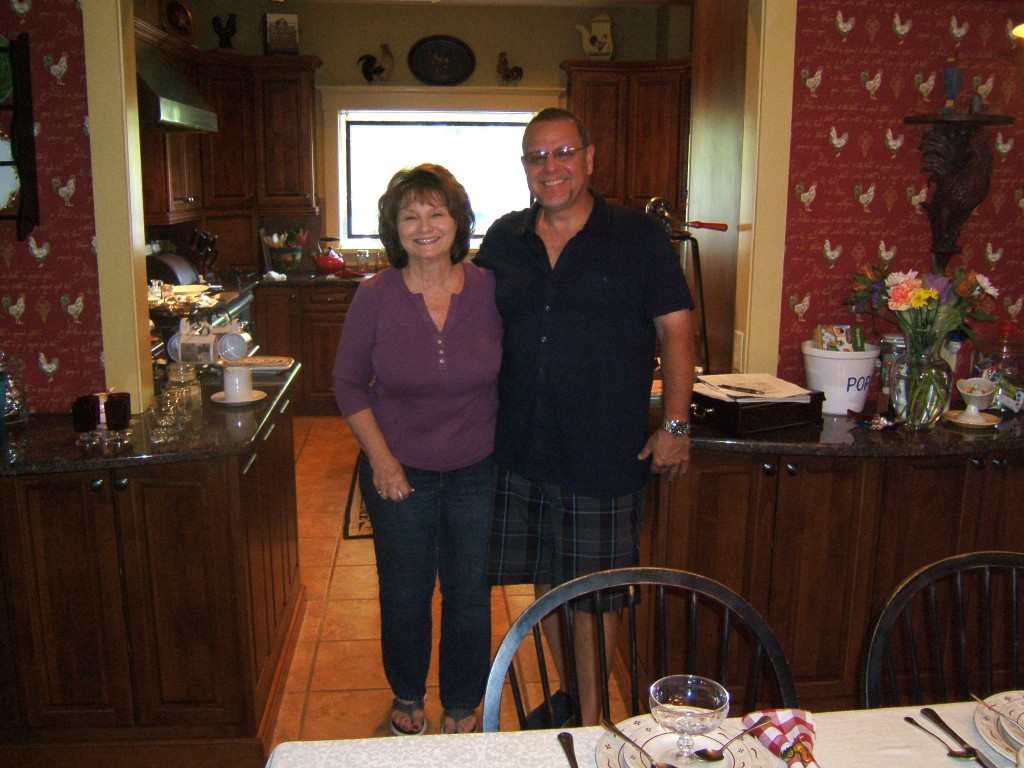 After a whirlpool tub soak and Yvonne’s downright dangerous breakfast, I headed over to set up at the Dover Public Library: 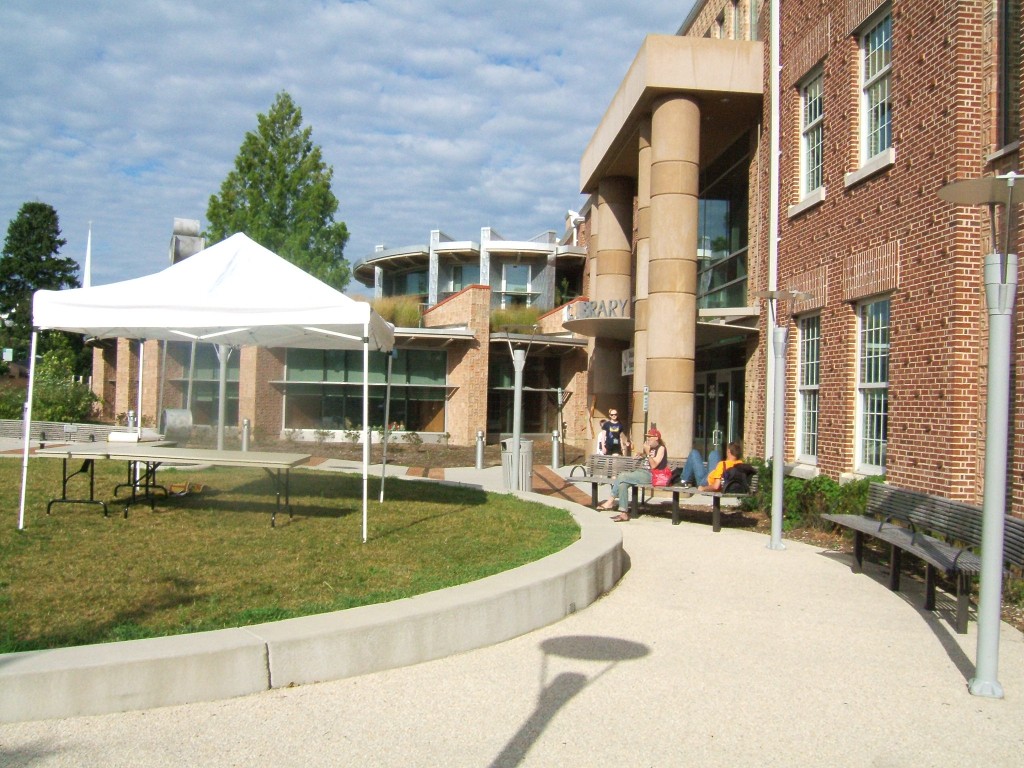 Nice. They even have their own derelicts.

Incidentally, Tj O’Connor, a man with piano wire in his watch, was here somewhere. At least, that’s the rumor.

The room in which we vendor types were to set up: 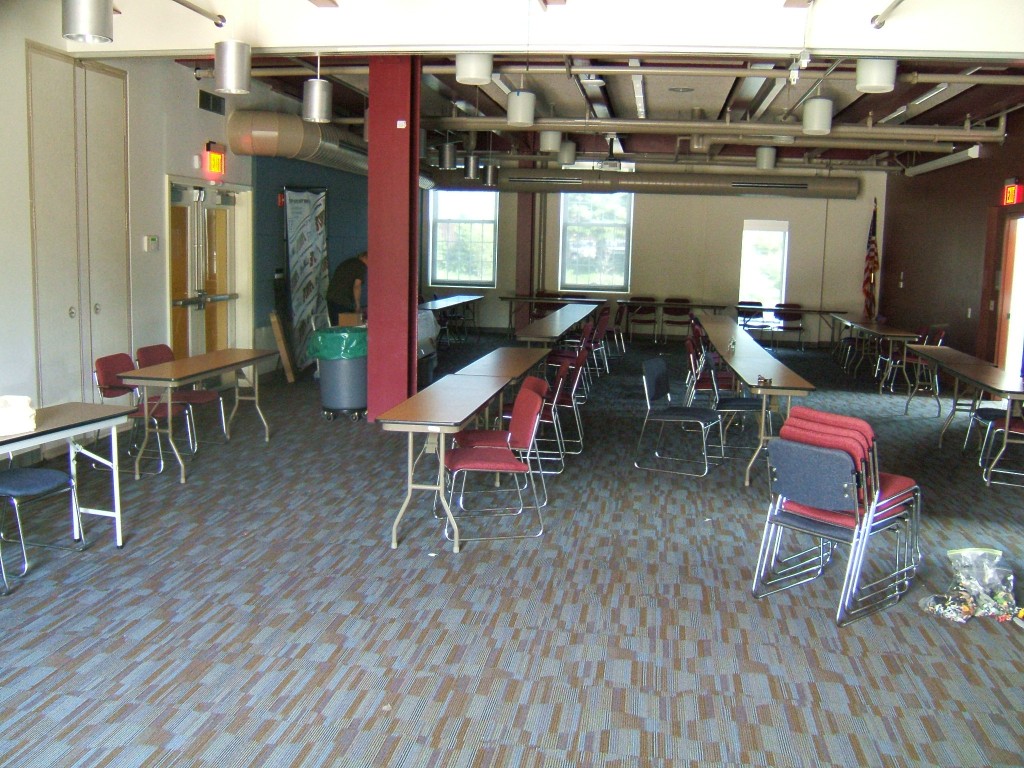 Hmm. Bit tight. And hot. I was beginning to develop a sense of foreboding, especially after I managed to set up at the wrong table and had to move (that’s on me. I suck at directions) and ended up dumping my table all over the floor in the process (that’s also on me. I’m clumsy). But, soldier on, ’cause, you know, still had a whirlpool-tub-and-dangerous-breakfast buzz. 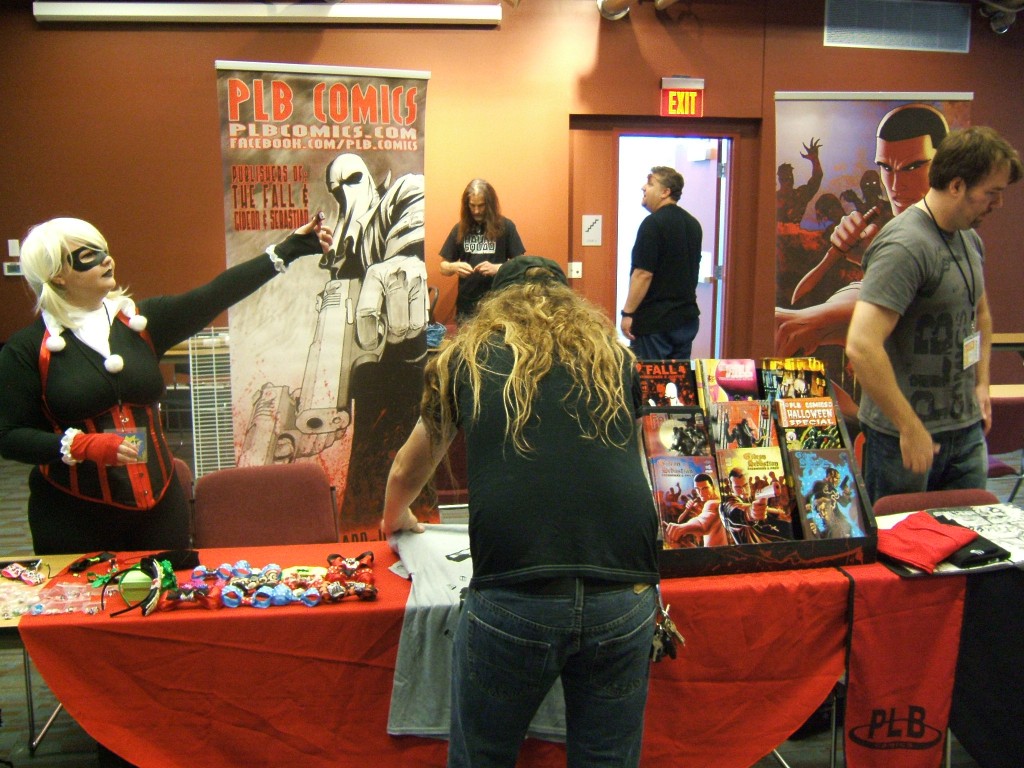 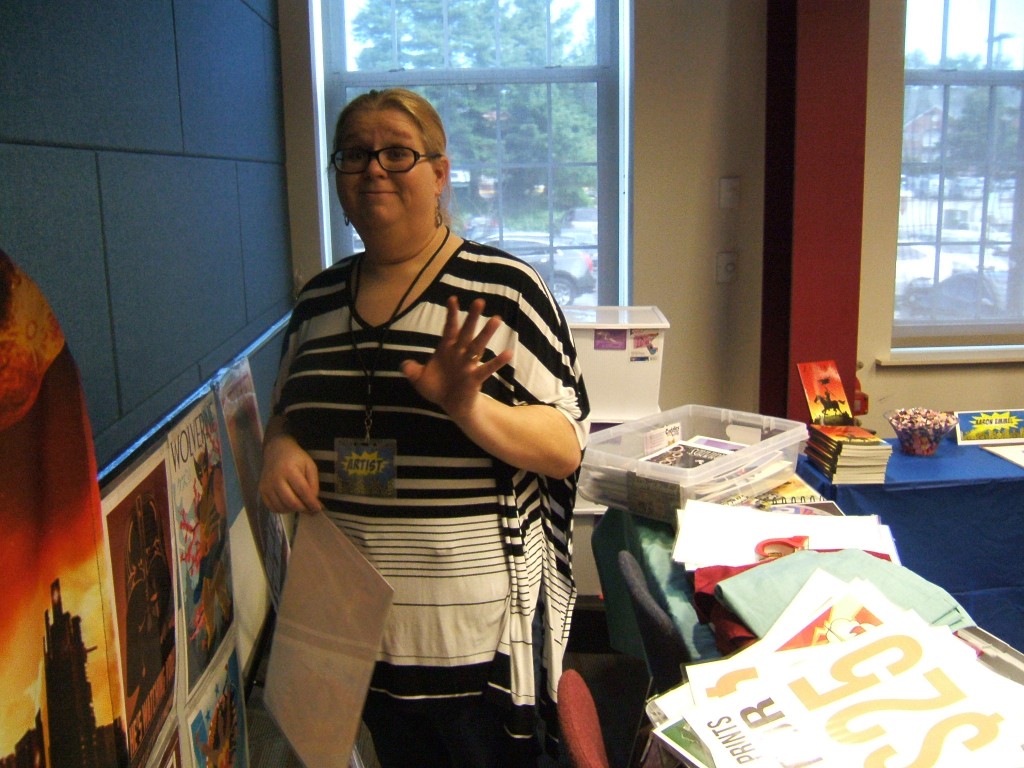 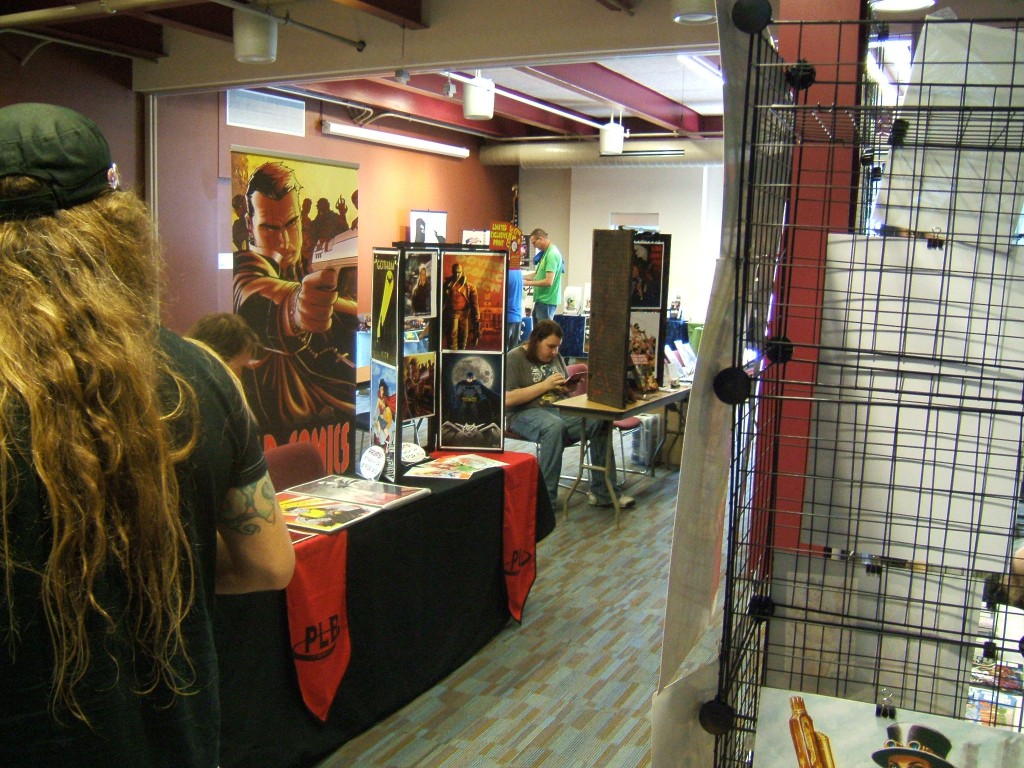 Still no Tj. Wonder where he could be? 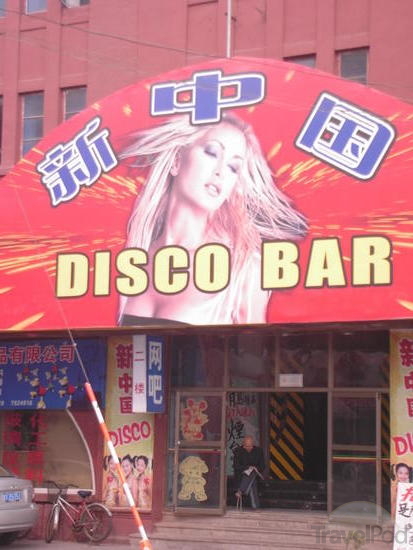 Anyways, my final set up: 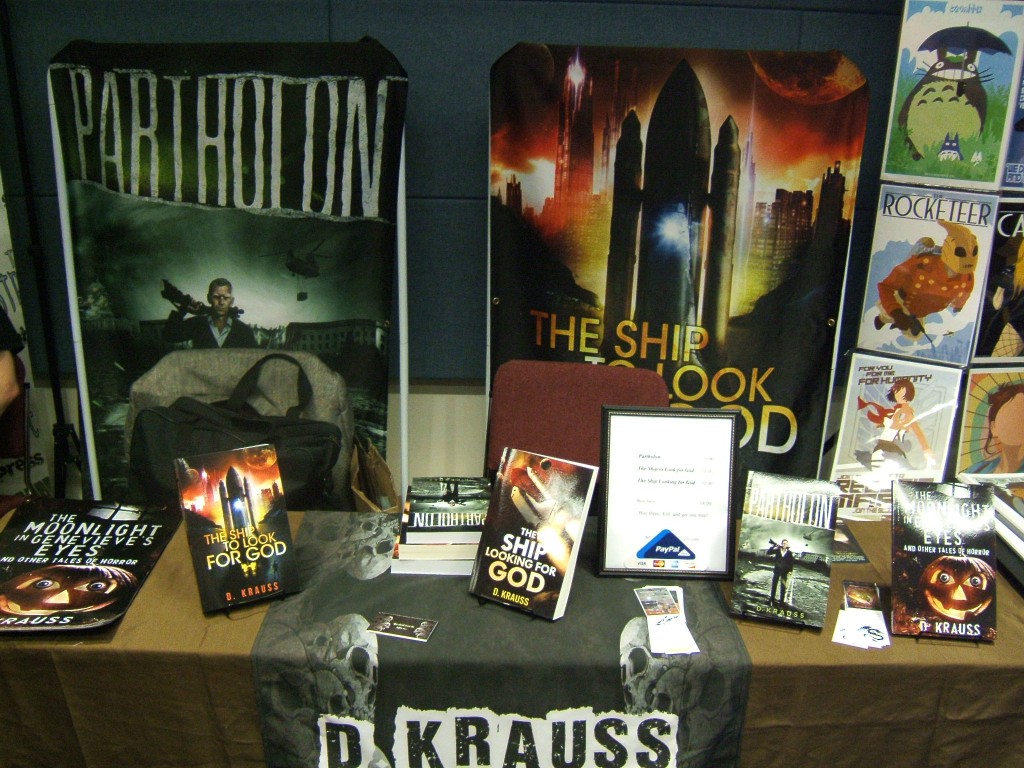 Yep, bit of an overlap with the neighbors. As I said, tight. And hot. And sense of foreboding on the rise.

Then, they opened the doors: 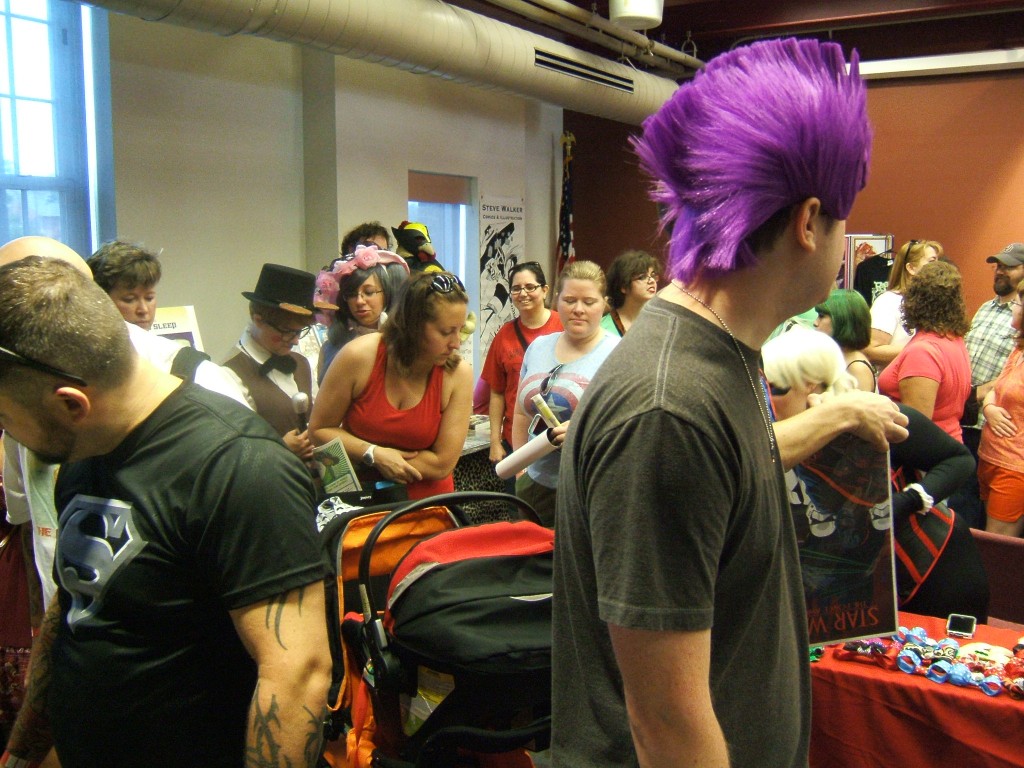 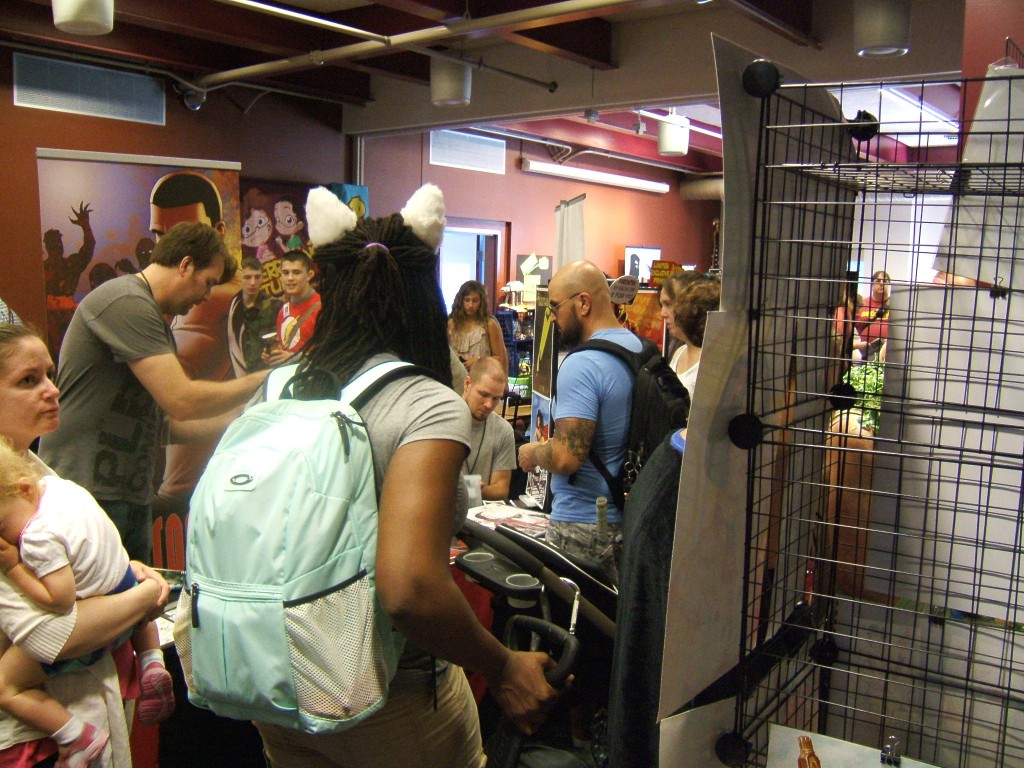 The place was MOBBED. From about 0930 to 1830, a constant stream of ComiKazis, never the same face twice, unrelenting, a tide of Marvelites and DCistas and Animeniacs. Even Loki showed up: 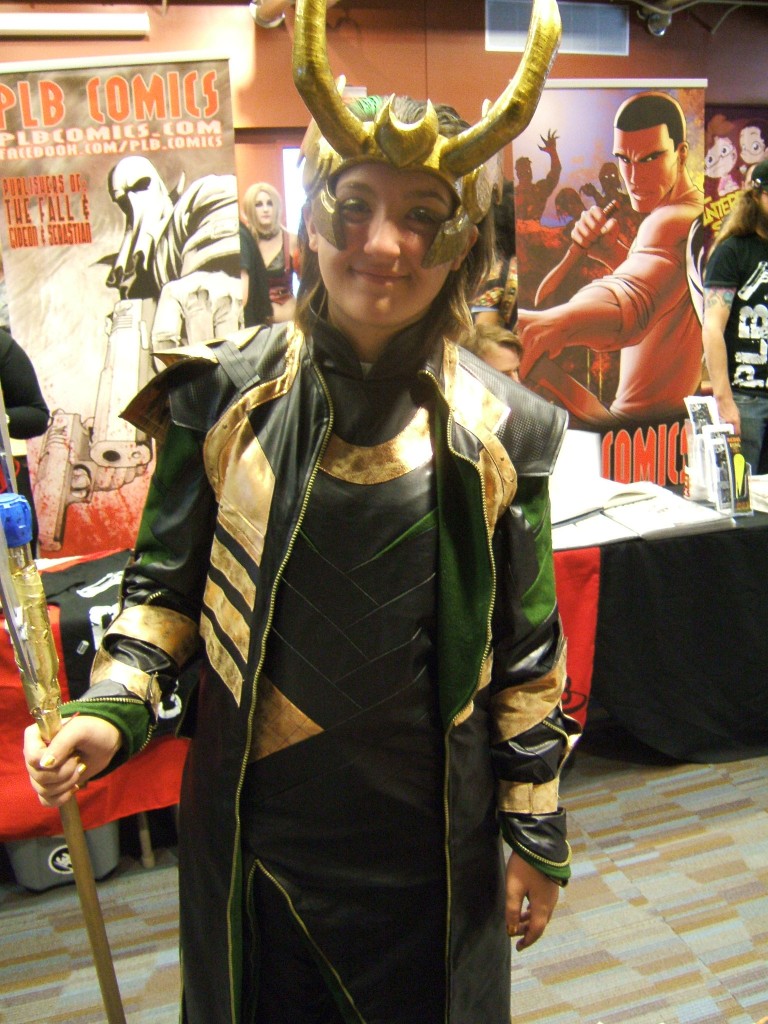 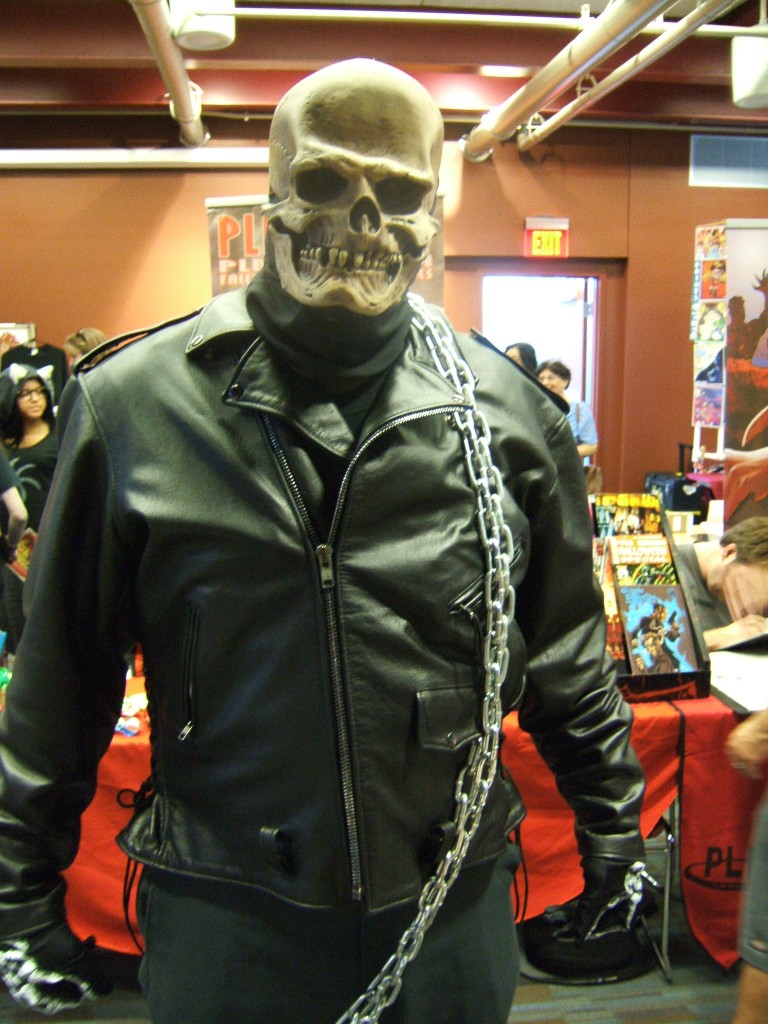 No flaming skull. Would be a short-lived costume. 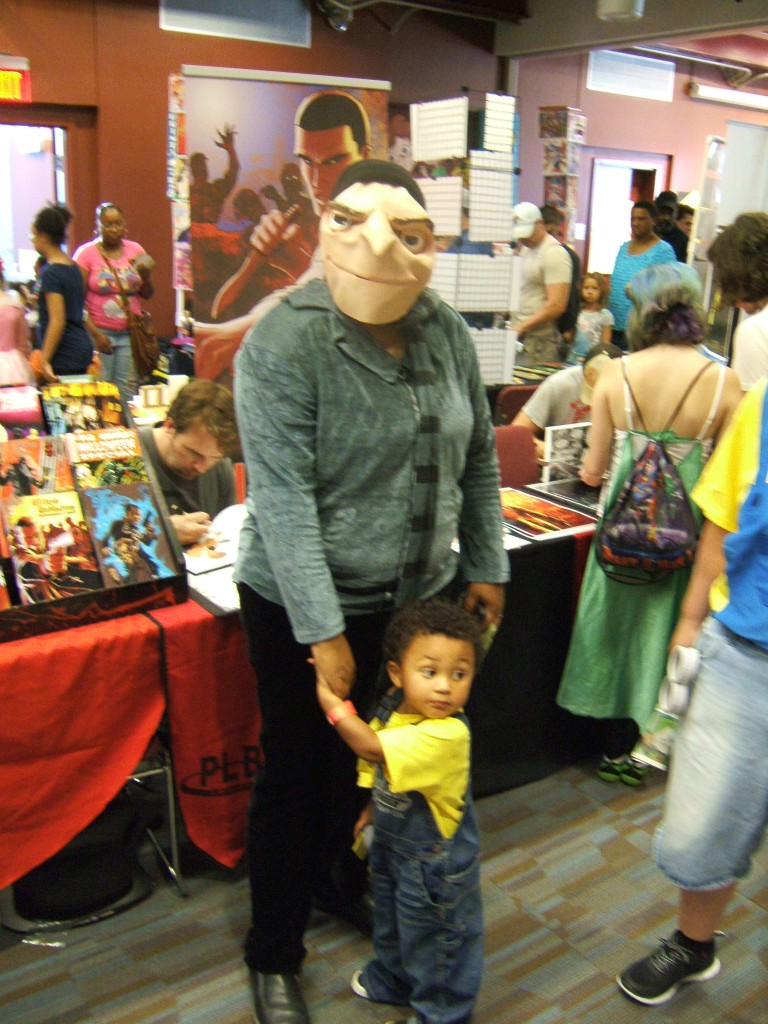 Get a minion. Take over the world. 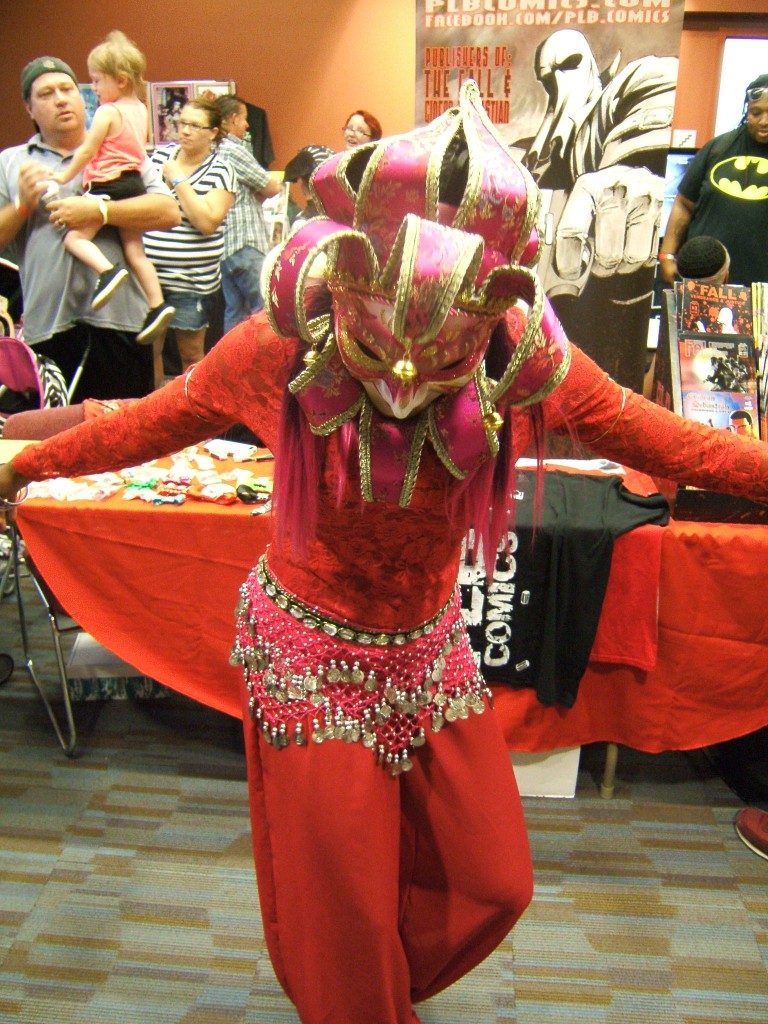 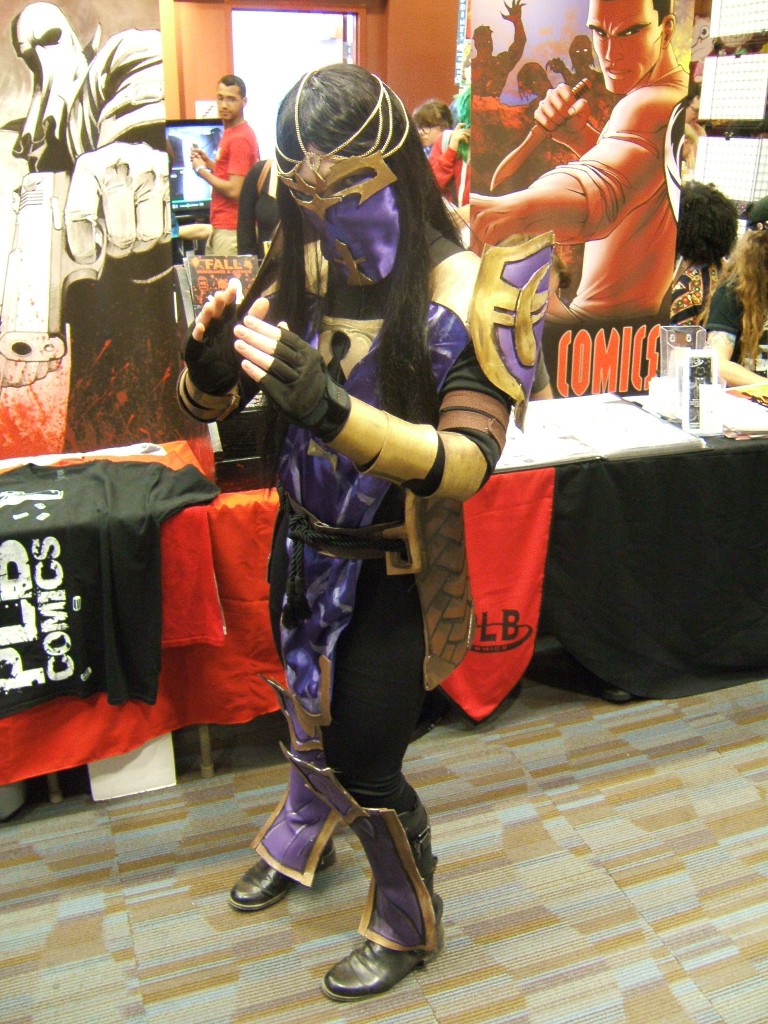 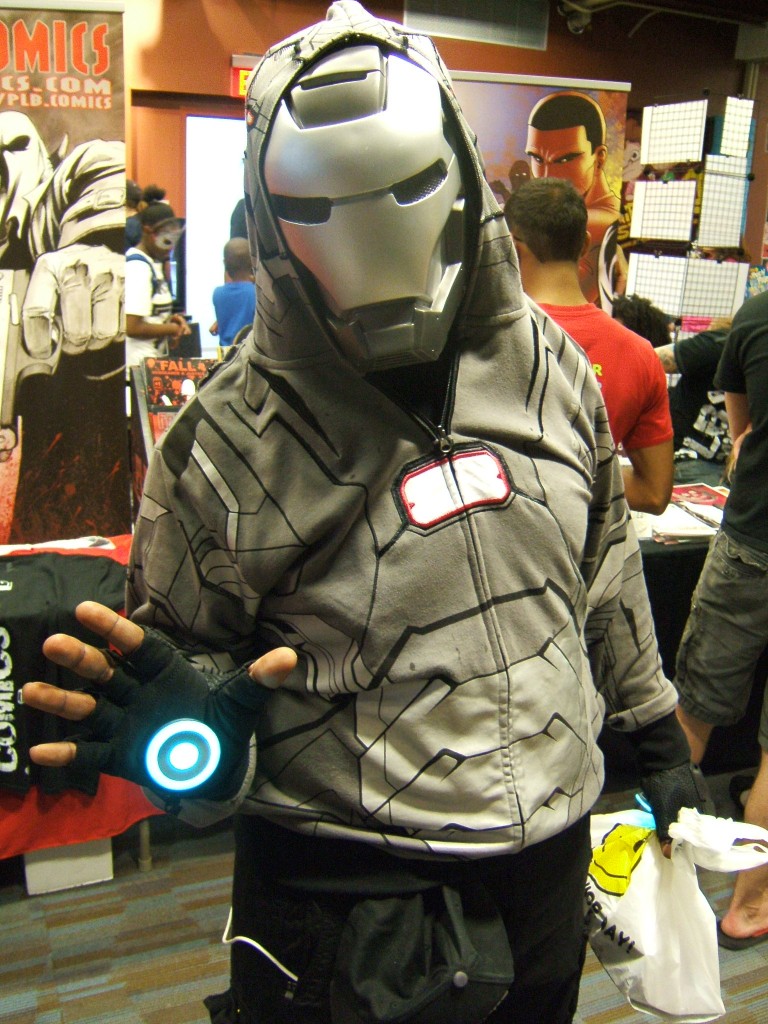 War Machine. Not Iron Man. Got it? 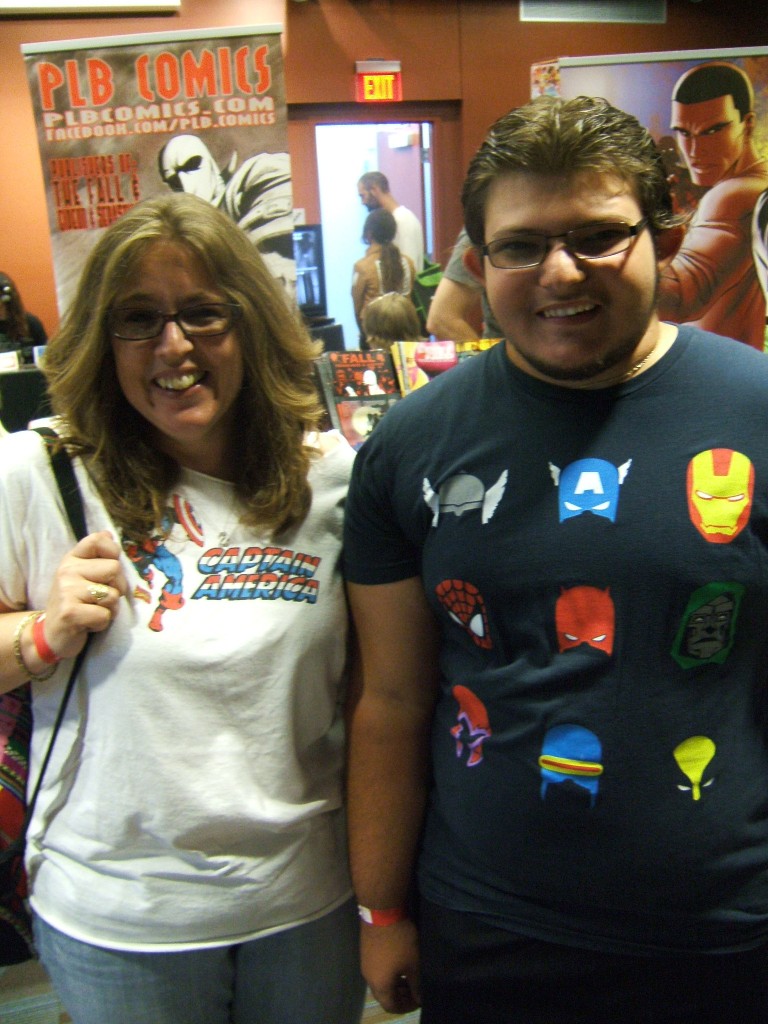 This is the granddaughter and great-grandson of Vince Alascia, one of the first Captain America artists of the Golden Age and a Charleton Comics guy. In the presence of royalty. 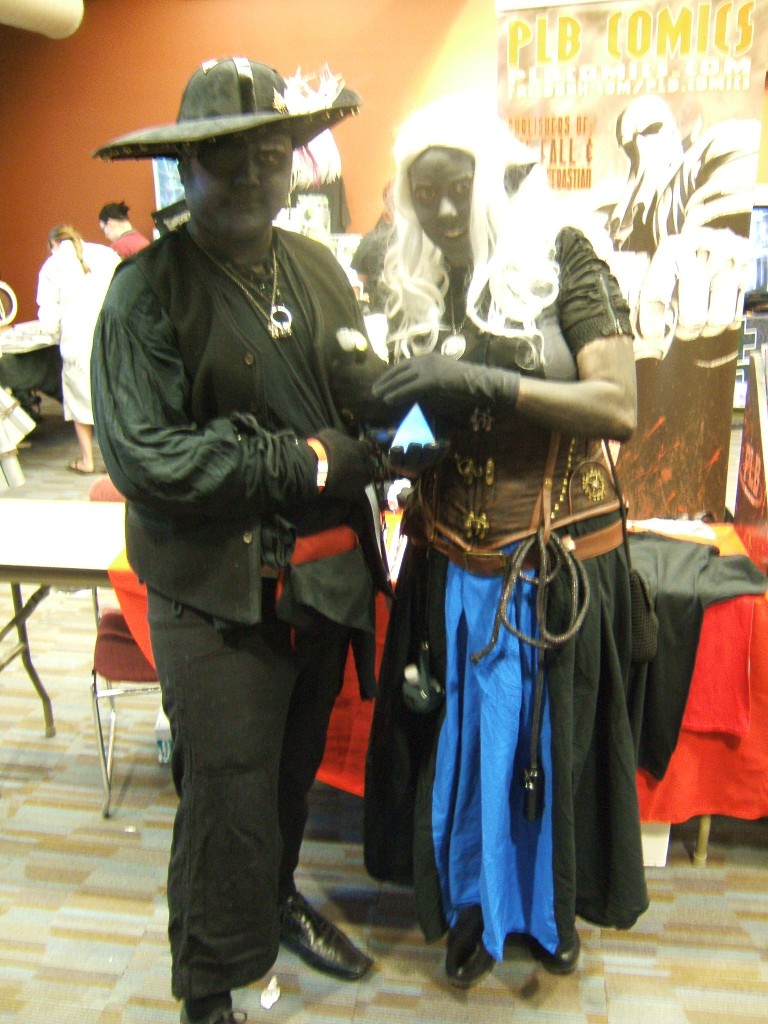 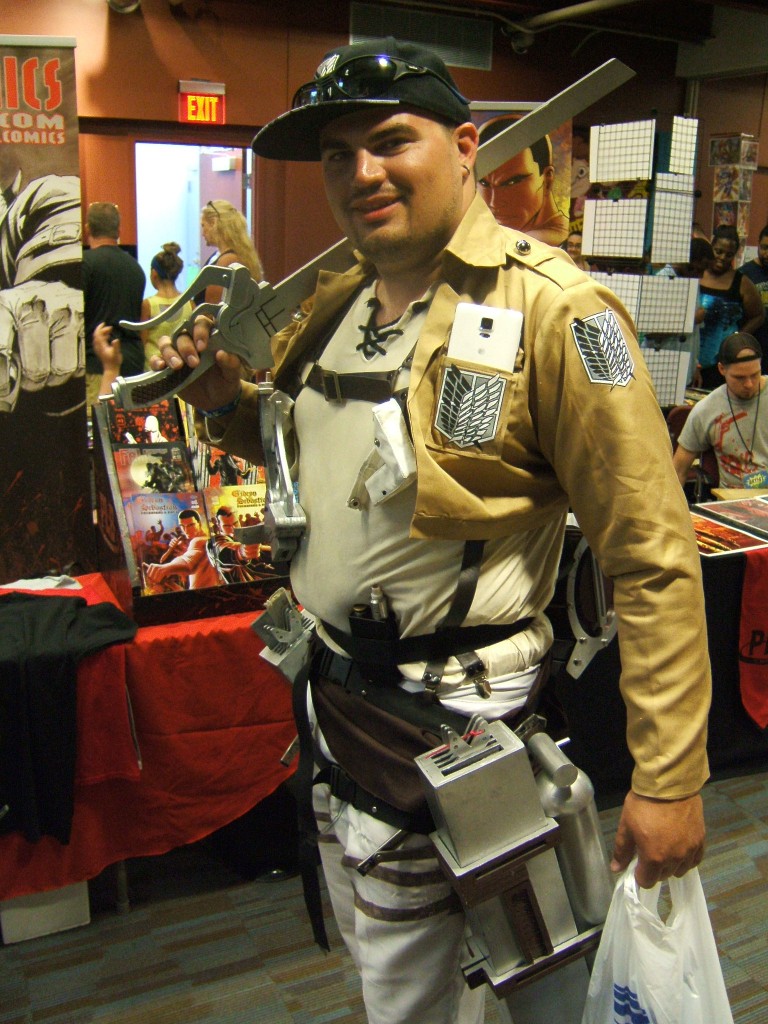 Scout Regiment keeping us all safe.

Still no Tj. I wonder what he was doing? 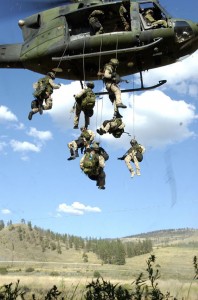 Place was so packed, I managed to get exactly five minutes away from the table for necessary biological functions. Not complaining. It was great. Kudos to Kerri Hollyday and the rest of the Dover Library staff for putting on a Ritz of a show.

I am definitely going back next year.

With, or without, Tj. 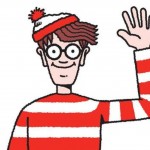