Books, that is. The next trilogy, that is. I’m working on it because Col’m, the last of the Partholon trilogy, 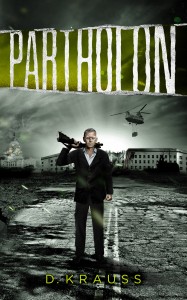 is done…well, I need to do one more rewrite before I submit it to my editor, Genghis Jane because, you know, she’s Genghis Jane and I wish to spare myself a flogging. But, the manuscript’s in pretty good shape after the second rewrite, just a tad short of 100k words, and I am confident it will withstand her iron-clawed scrutiny.

Be afraid. Be very afraid.

So it’s time to finish up  what is actually my first trilogy. I wrote Frank Vaughn Killed by His Mom before I wrote Partholon…well, they were both ongoing projects, but I finished Frank Vaughn first. I wrote the second Frank Vaughn book, called Southern Gothic, before Tu’an. This third one, which I started a couple of days ago, is called Looking for Don.

It’s a much looser story than what you normally expect from a trilogy, in that it’s not an ongoing story so much as it’s ongoing characters spanning from 1965 through present day. It’s magical realism, sort of, in a way, in that the ghost of a murdered little boy shows up (sort of, in a way) in all three books. This series is different than everything else I’ve written because it is not horror or fantasy. It’s normal life. Whatever that is.

The first two books simply need some edits and cleaning up and they’ll be ready to go, but I’m not going to release them until the third one is done, cleaned up and ready to go. I’ve learned that a hungry public demands its trilogies completed, not dribbled. In that way, trilogies are like a fine wine.