The Most Teenage of Them All 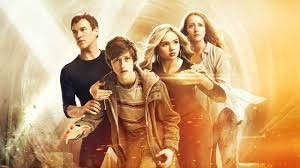 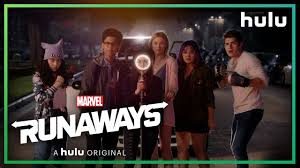 My vote? The Gifted, by several laps.

The Gifted is a slice of the distressingly effed-up X-Men Universe timeline, which was pretty much bollixed up beyond all recognition with the movie X-Men: Days of Future Past, a final stake put through its heart with X Men: Apocalypse. I have no idea anymore who is what and when, which is a good thing, I guess, because great liberties can be taken without bothering to reconcile story and time lines. In The Gifted, we have X-Force and X-Men and X-Factor and X-Wife characters all jumbled together in familiar mutants-versus-humans scenarios with familiar Trask and Sentinels and Registration Acts and prejudice and Brotherhood of Evil and Magneto versus Professor X…except there is no Magneto nor Professor X because the X Men are all dead or gone, can’t really say for sure, but the point is emphasized over and over so everyone can be assured this ain’t your pappy’s X Men. Which it ain’t. I mean, the only mutants I recognize are Polaris and Thunderbird and Blink. The rest are strangers. 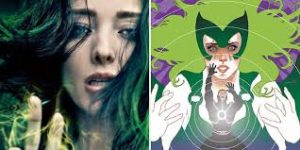 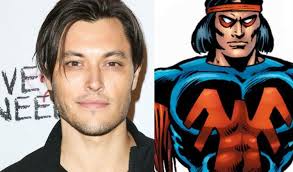 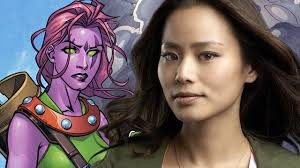 Even more strangers populate Runaways of which, admittedly, I’ve seen only two episodes so I’m not really sure what’s going on. I have not read the comics, either, so even less of a clue but, so far, it looks like these kids’ parents are running some kind of weird cult that looks a lot like the Hellfire Club 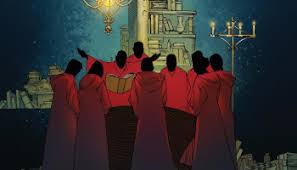 (which, oddly enough shows up in The Gifted) and from which the kids may…may…have derived some kind of powers, mutant or magical or something, not sure. So far, this does not look like the X Men universe. At all.

And maybe that’s why Runaways has, so far, managed to avoid the godawful teenagery of The Gifted because, if there’s one overarching X-Men universe theme, it’s being a Misunderstood Teenager. And, boy, everyone in The Gifted, even the adults, are Misunderstood Teenagers living Misunderstood Teenager clichés: oooh, we’ve got powers and the jocks and squares Don’t Get It and Mom and Dad are just so out of it and we’re in love and no one else has ever been in love before us and relationships are so much more important than, oh, say, trying to stay alive or out of jail or something. I mean, Polaris gets mad at her boyfriend Eclipse because he saves her life and the life of their unborn child (teenage pregnancy is so cool, especially when you’re in revolt against society and blowing up half of a city) by making a deal with an ex-girlfriend and grrrrr! I saw you two together! And this becomes more important than the fact that half the United States is trying to kill them.

But probably the worst teenager of all is not a teenager but an adult, Kate Strucker (yes, THAT Strucker family), 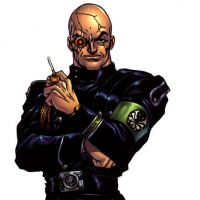 the non-mutant (so far) Mom 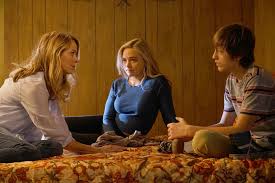 of the Wolf Siblings, Andy and Lauren, 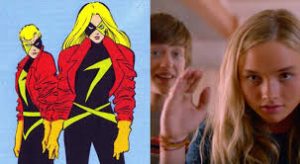 who individually can rip metal apart and throw up air shields but, when joining hands, can rip holes in the space/time continuum. Actually Mom’s not so much teenager as a walking checklist, making sure they all sit down for a nice family dinner and do their homework and treat each other well and don’t speak to your Dad ― who, up until the revelation of his children’s status was throwing mutants in jail ― like that and my precious children will certainly NOT use their godlike powers to save everyone’s lives! They have a book report due!

You just want to slap her.

You pretty much want to slap everybody in this hormonal mess, from the unreasonable Polaris to the weepy Blink and their so-abused angst-ridden perceptions of everything. But, of course, that is the hallmark of being a teenager: it’s all about me.

Which, so far, does not seem to be an issue in Runaways. Yes, there is nothing more teenage than finding out your parents are evil jackasses, but this scenario is a level up and the kids are reacting rather normally to that revelation. Who of us wouldn’t want to get the hell out of Dodge when discovering our parents are bent on world domination? Quicksilver and Scarlet Witch certainly did. 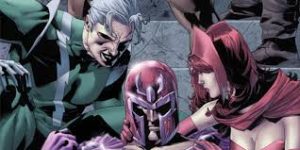 And this group of teenagers seems to exist within the tolerances; in other words, their overreactions and illogical conclusions are well within reason, not over-the-top self-regard to the point you risk killing everybody.