What White People Do on Weekends 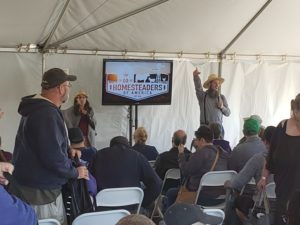 Attend homesteader conventions, of course, because nothing screams “White people are crazy” more than taking seminars on how to live without electricity, medicine, air conditioning, and basic civilization. So what was I doing there?

That whole 12th Century peasant lifestyle is kind of appealing.

And not just to white people. There was plenty of ethnic, cultural, sexual, and racial diversity among the crowd attending a Homesteaders of America convention held near h’yeah a couple of months ago. 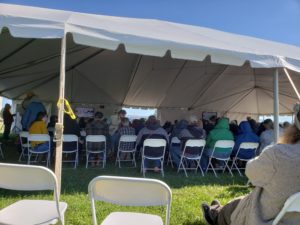 Don’t let the photo fool you, the place was packed, I’m guessing about 3ooo people scattered hither and yon throughout various buildings and tents. I’m beginning to wonder what everybody else knows that I don’t. EMP on the way? The zombie apocalypse? Disco returns?

Anyways, despite almost freezing to death, I had a really good time.

I am not disparaging of the Homesteader movement. It’s actually a very good idea to have skills such as canning and plant identification and pig slaughtering in case any of the aforementioned events occur. I should have learned all that when I was a farmer kid in Alabama. Guess I was too busy learning to read or something.

All right, all right.

Some of the highlights:

1.How to Make Bread with Bread. 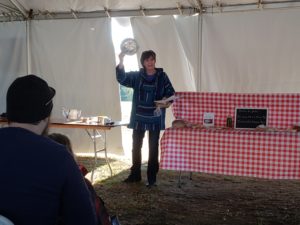 I was attracted to this seminar by the title, thinking it concerned techniques of restarting a bread dough by using crumbs or something. Silly me. It was a seminar on how to make money selling bread. Get it? In summary, you make some bread and then sell it, preferably at smaller lengths/weights so you can rip people off better. 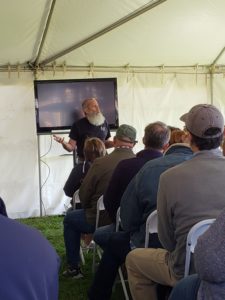 This was a fascinating discussion by Darryl Patton about traditional southern medicine, which comes from a blend of Indian, English, and African cultures. There are 3000 species of medicinal flowers and plants in each state and Patton knew every single one of them and then some. Funny guy. He described the fine art of 1960s television tuning, starting out with rabbit ears 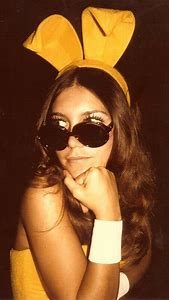 … no, not those rabbit ears… 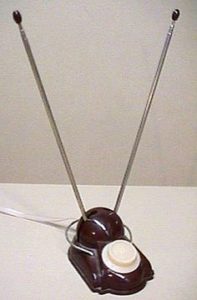 and then you’d upgrade to aluminum on the rabbit ears and then the youngest kid in the family holding the ears at the right angle with one foot raised and both eyes closed and presto! Lawrence Welk. Only those of you who experienced this can appreciate it.

Solzhenitsyn developed cancer while he was in the gulag and cast about for cancer medicine in the Siberian villages but there wasn’t any, not because of Democratic Socialist Wonderful People’s Healthcare, comrade, but because Siberians didn’t get cancer. They drank chaga tea their whole lives and it apparently prevents it. It’s part of current cancer prevention research. Chaga’s hard to find because it only grows in really cold areas, like the northern US and Canada. Which made me wonder what it’s doing in a seminar about southern traditional medicine.

Sassafras root has long been known as a blood thinner and fever breaker. It’s more recently known as the base for ecstasy.

Plantain was brought over by the English. You know, that ugly big-leafed weed in the middle of your yard? The leaves are like spinach. When it gets really big it’s called ribwort and you grind it up to get Metamucil. Juniper’s inner bark is a fertility drug so, ladies, don’t chew on Christmas trees unless you’re looking for a different kind of present.

Now we’re talking, or at least I thought we were talking about how to turn random plants into noxious spirits that the revooners frown upon, but no. Instead, we talked about kvass and scobies and kefir and kombucha (something like that) and other things I had never heard of and now regard with some suspicion. I mean, get this wrong and you end up with cyanide. Or botulism. 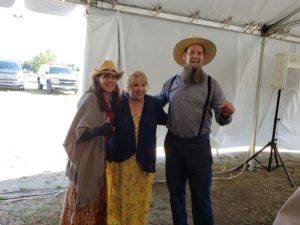 These two are Youtube celebrities who left their good jobs in the city to go off-grid. Why? Eh, why not? Doug is a funny guy and Stacy tolerates him and it was good fun. They both glommed on to an Amish community to learn the ways of off-gridedness, and one of the first things they tried was a 10,000 square foot garden because that’s what their Amish neighbors had. But their Amish neighbors had something they didn’t: fifteen kids or so, which makes tending to a 10,000 square foot garden a mite easier than if you DON’T have fifteen kids or so. It also makes it a lot easier when you’re 80 years old and someone needs to sling a horse-harnessed plow around the yard…yes, youngest kid of fifteen available, I’m looking at you. Progression of labor is why the Amish have large families…that and no television. 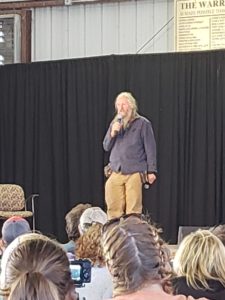 I’m not familiar with this guy but he’s a big deal in the homesteader community because, at the age of 17, he moved into a tipi in the woods and stayed there for 17 years. Ah, so “homestead” is a polite way to say “bum.” Those 17 years taught him what he needed to live. Apparently a barber is not in the mix.

Don’t confuse this with ferments, you Philistine. Got a lot of tips from this seminar, should I decide to start canning the various squashes and vegetables I manage to grow in my insignificant little garden patch. I’m pretty sure I would end up with a can of germ warfare, though, so I’ll stick to the supermarket. You may not know this but salt is for curing while sugar is for preserving. Cane sugar is the strongest preservative available…except for formaldehyde, I guess, but who wants to pickle something other than Amenhotep using that? Once a jar is vacuum sealed, it’s safe to eat forever but you probably wouldn’t want to.

You know, after a hard day of killing zombies, you just want to relax in a bubble bath of ye own homemade soap. You cannot make soap without lye. Just can’t. Fats + lye = soap. Got it? So throw some bear fat and alkali into a pot and there you go. I had never heard the word “saponification” before this seminar, which is apparently what happens when the fat and lye eat each other in the pot. It’s a pretty intense process, if you remember Granny by the cement pond stirring the kettle, 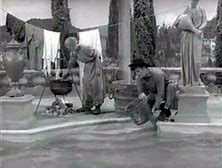 so you can’t use herbs because they get burned up. Have to use essential oils which are really expensive. Consider bear fat, instead. You can throw in clays like bentonite and pumice or poppy seeds for that Lava soap consistency…or you can buy Lava soap. 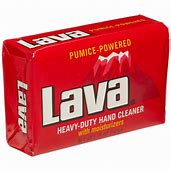 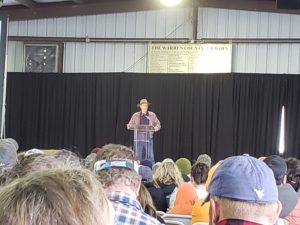 Another homesteading celebrity who I listened to for about five minutes before heading out to rustle up some grub. He was talking about cleaning animals and you can’t haul water, you have to use something called “pipes” and really, dude? 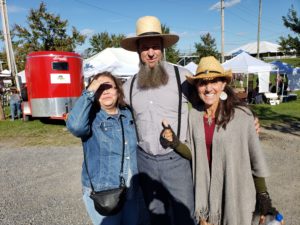 This closed out the show because we can’t get enough of Doug and Stacy. No really, they’re very entertaining. They talked about the colors of food and what that means, such as red is lycopene in tomatoes. Blue/purple is anthocyanin…say, what? Is that like cyanide? Best lay off the eggplants. Foods with some bitterness are the best for you. Purslane has the highest amount of Omega 3’s of any other plant. You mean that crappy weed I keep digging out of the rock path is good for me? Okay, thanks.

Gonna get me some overalls and a straw hat, I am.

This entry was posted in Life in the Shenandoah Valley, Uncategorized. Bookmark the permalink.