The Grand Budapest Hotel: Silly, But a Good Silly 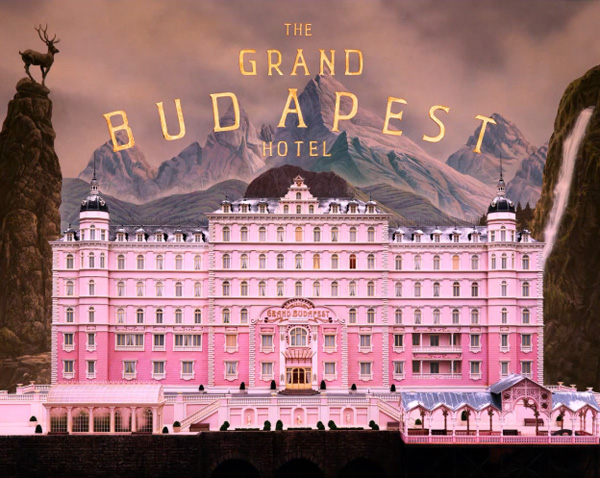 I belong to a Film Club…well, not so much “belong” as somehow ended up on their Email list and show up at the local Alamo Drafthouse (beer and a movie? I’m there) when they have something that catches my interest. Last night, it was Wes Anderson’s The Grand Budapest Hotel. My one word description: silly. But, a good silly.

The basic plot is this: M. Gustave (played by Ralph Fiennes), the concierge of the aforementioned Budapest, is accused of murdering a dowager client (and frequent paramour) so he might obtain a priceless painting. He escapes from prison and goes on a cross-country journey with his Lobby Boy, Zero (played by F. Murray Abraham and Tony Revolori, in flashbacks) to prove his innocence.

The plot, though, isn’t so much the point as is the gorgeous colors and sets and obvious worship of 1930’s and 40’s comedy-of-error and swashbuckler films. For example, the uniforms of the police…or military or whatever they’re supposed to be…are a mix of every Foreign Legion, gendarme, and early German official ever seen from The Prisoner of Zenda on. Indeed, every set, every character, is a celebration of Hollywood pre-WW2 Europe tropes and stereotypes. And that’s fun. Recognizing all the actors and cameos is fun, from Edward Norton through Bob Balaban. My favorite was Harvey Keitel as Ludwig, shirtless and tattooed and leading an over-the-top, er, beneath the floor, escape. Quite the hoot.

There were many hoots, including Anderson’s hilarious camera shots where persons crossed the screen from odd directions, or made impossible transfers from car to railroad.  And a chase down a mountain that just got too silly for words…

…which was the problem: the movie just got too silly for words. There’s a point, right about the chase down the mountain, where I went, “C’mon, already.” I get it: the convoluted double flashback situation, the repetitious passing of a message through the monastery, the crazy hitman, yeah, great, silly fun. But, dude, tone it down.

Not that I didn’t like Budapest Hotel, I did. Good movie. But all the inside jokes, all that silliness, stopped it from being a great one.

So go see it, if anything for the craft. Don’t bring the kids, though. Language and sexual situations, people.