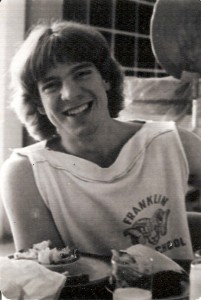 was a Zeppelin fanatic, almost making a religion out of them, but I didn’t see the attraction. I was more of a Deep Purple guy.

Could be because my only exposure to them was the radio, and about the only Zep being played was the Immigrant Song and Whole Lotta Love and, ya know, fine. The first Zep album I listened to all the way through was Zofo, and then only for Stairway to Heaven which, when it first came out, blew us collectively away because it was such an out-of-character song, like Dream On for Aerosmith. The album seemed more of a novelty than standard and, after about a hundred playthroughs, meh, done with ’em.

Over the past five years or so, I have been re-creating my original album collection (of which only a few records survived the decades of travel and moving), picking up a few here and there from yard sales and thrift shops. I now have  about 1000 albums, give or take, and I am going through the very slow process of recording them over to CD or DVD or whatever. The other day I was selecting the next recording victims when I ran across a bunch of Zep albums. Huh, how ‘bout that, didn’t even know I had ‘em. Let’s see what the fuss was about, Don, and I put on Zep I. 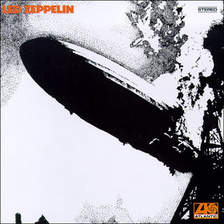 If nothing else, the little acoustic set called Black Mountain Side makes the whole album. The musicianship is outstanding, the songs are outstanding; it is one of the best rock albums ever. Don, you were right.

So I immediately put on 3 and Zofo and Houses of the Holy and In Through the Out Door and none of them, with the possible exception of Door, is as good. In fact, those albums tend to reinforce my lesser held opinion of the band. Goes to show, the first efforts are usually the best, back when you loved what you were doing and hadn’t gone all corporate.

This entry was posted in Muuuuzik. Bookmark the permalink.