The Top Five TV Comedies In No Particular Order

I was channel-surfing and locked onto a binge of Scrubs and settled in to watch a few episodes and was reminded that there were, over the years, some outstanding comedies. Not many. The vast majority of sitcoms were populated with things like Laverne and Shirley and One Day at a Time; you know, laff track wretchedness. These, though, were gems: 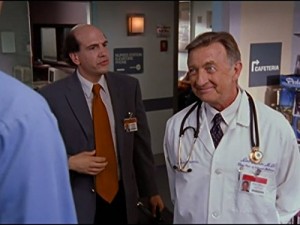 1. Scrubs. Lightning fast repartee that requires you to rewind the DVR from time to time to catch everything said, this series was hee-larious. Doctor Dorian and his dream-world cutaways were comedy gold, simply gold. The series ended perfectly, too, that last show putting everything in its right place. And then some idiot tried to revive the show on another channel and another venue and, uh uh, uh uh. 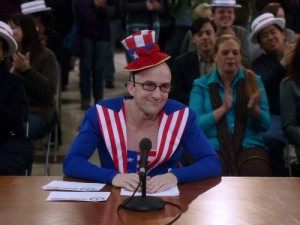 2. Community. Even faster and funnier than Scrubs, with so many jokes coming at you from so many directions that a half-hour show became an hour from all the rewinding. For the first three or four seasons, that is, until the writers decided to turn it into the Abed show. Why’d they do that? 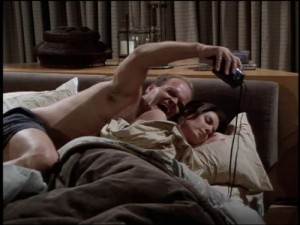 4. Frasier. The thinking man’s Cheers. Don’t get me wrong, Cheers was great, but Frasier was a step-up. 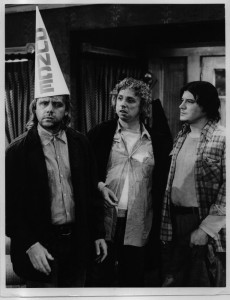 5. Newhart. The one where he’s running the inn, not being the psychiatrist which, itself, was pretty funny. But the oddballs in the later show put it in the win category. This is my brother Darrel.

Silicone Valley is a definite top five, it’s just I only  had five slots.

What, no Seinfeld? Nah. Too meta.

This entry was posted in lesser mediums, Uncategorized. Bookmark the permalink.