A Continuous Episode of Episodes

Netflix has started running one of the top five comedies of all times, Episodes…yeah, yeah, I know, I already picked the top five comedies ever and made nary a mention of it but, hey, it’s one of the best comedies ever written. And, really, what are top five or top anything lists anyway but an arbitrary selection based on spurious criteria? So elitist. There’s probably some branch of arcane mathematics allowing more than five entries into a top five list, sort of like Zeno’s arrow that never goes anywhere so let’s just stay with that. Anyways, the show is brilliant, in that Brit use of the word brilliant and, well, in the American use, too. Who knew Matt LaBlanc 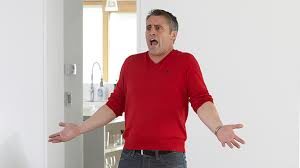 was such a scream? But I’m not raising the show to talk about the show. I do so because, more and more, I feel like Sean and Beverly. 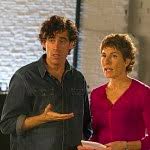 Those of you familiar with the show are nodding sagely, so for those of you who aren’t, Sean and Beverly are the only two sane people in Hollywood. They made a deal with the devil in the form of Hollywood producer Merc Lapidus 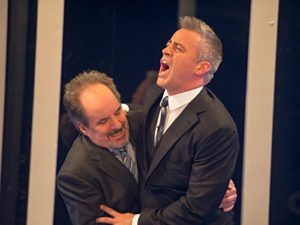 and brought their successful BBC show to America for a Hollywood makeover. They are now in the Twilight Zone, in Bizarroworld, where up is down and good is wrong and any one-eyed person in this land of the blind is simply dismissed as aberration. Every day they witness an almost nuclear level of stupidity. Sean and Beverly spend a good portion of the show exchanging helpless glances of sheer astonishment, because they are living with aliens.

because get real. But, but, there’ll be fewer people getting killed and/or hurt if we just take everyone’s guns away! Yeah? Then please explain why, during the 60s when I was a kid, every house had about 150 unregistered and loaded guns lying around the front yard unlocked and available and we did NOT have mass shootings. Don’t bother, I’ll tell you why: it would have been considered bad form. Yeah, it’s that simple. Anybody who would take a gun to school to settle a score would forever and ever be regarded, along with every member of their family down to the third cousins, as a sniveling coward too much of a pansy-ass to stand up for themselves. It would have been the equivalent of dropping an H-Bomb on Paris because De Gaulle said something rude about Johnson’s Mom (come to think of it…). Anyways, knock off that whole blame the gun stupidity. Next thing you know, some idiot will want to ban knives.

3. Facebook. Okay, you are putting your face, your birthday, your pets, your food and every single thought that comes to your mind on the internet. The internet. And you are shocked and appalled when the Russians (see above) know what your favorite color is? Or Amazon knows the last one hundred things you looked at on their site? 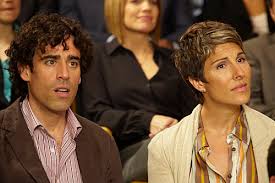 Sean, Beverly, I feel your pain

This entry was posted in Those lesser mediums. Bookmark the permalink.