The Adventures of Gracie the Wander Cat: Ten bucks and a can of tuna

This Russell issue is getting out of hand. I mean, look at the guy, sittin’ out there like he owns the place: 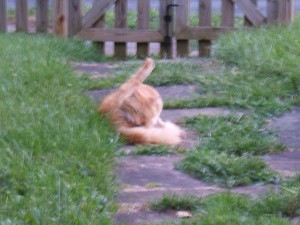 He’s really gettin’ on my nerves: 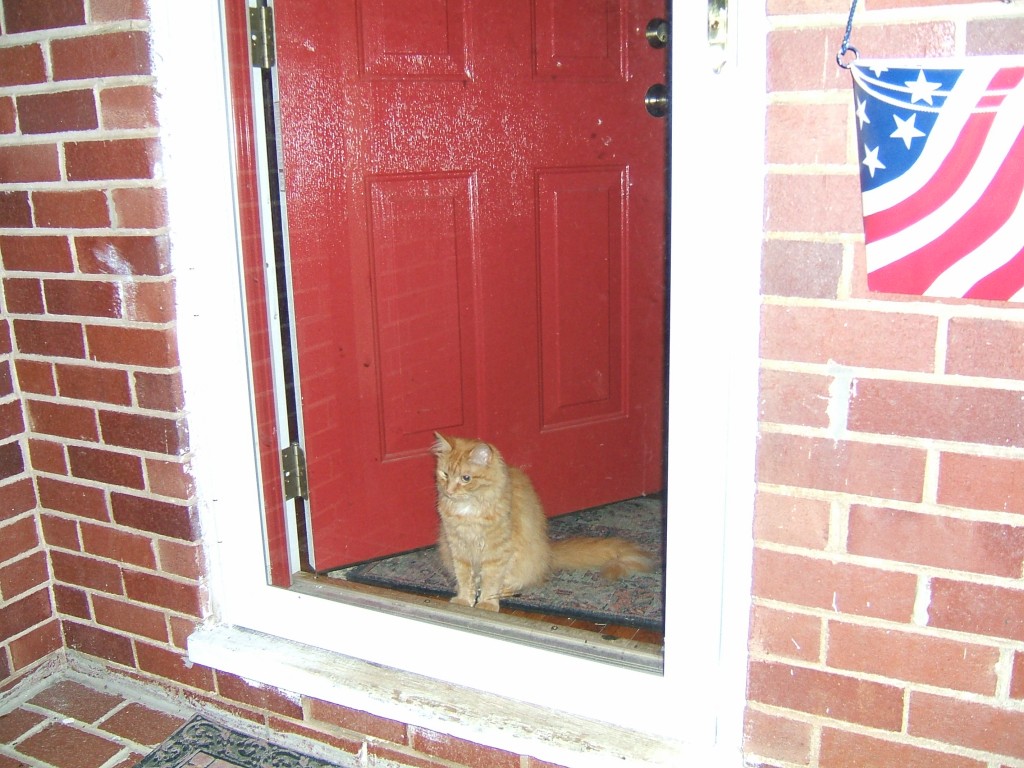 So off I went  to see the Wild-uns over there in the woods. They gave me the usual crap about being a sell out and going all soft and yeah, yeah, shut up, let’s get down to business: ten bucks and a can of tuna to do something about Russell. Steep, but what else could I do? Gettin’ the ten bucks wasn’t that hard and you should have heard that Krauss guy running around the house accusing everyone of raiding his wallet. Don’t leave it on the nightstand, idiot. Gettin’ the tuna can out of the cupboard and rolling it across the street was much tougher but you do what you gotta do. The Wild’uns thanked me and said, tonight.

So, about 9 o’clock, Russell is out there on the street washing his face or something when who shows up? 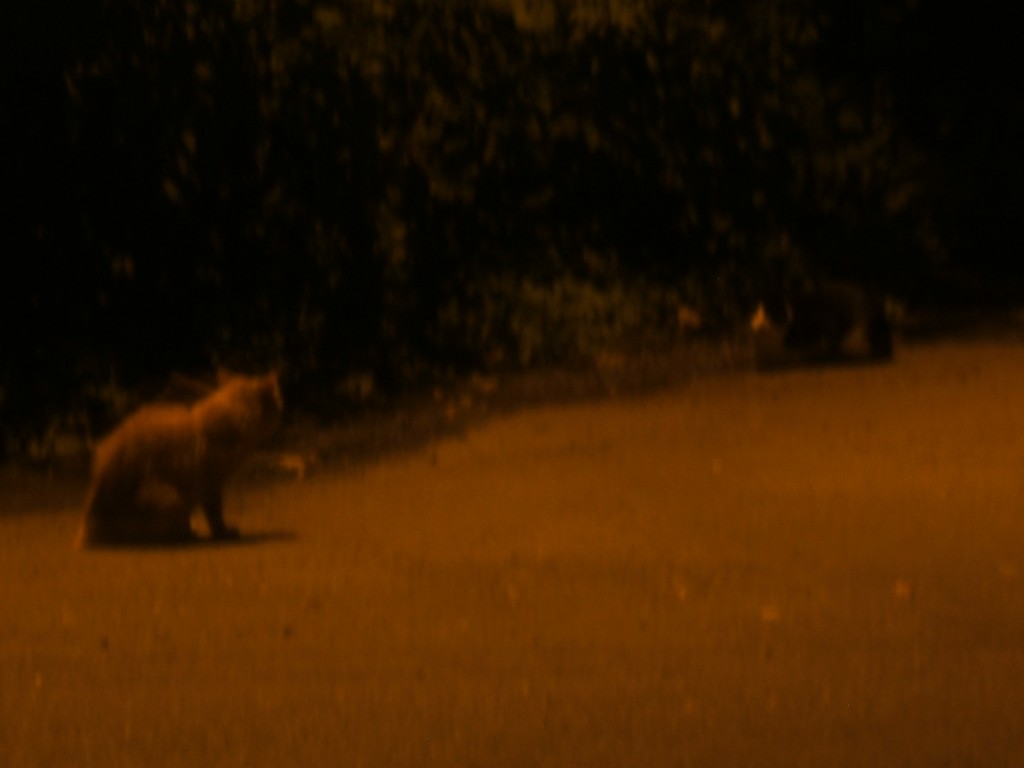 Mittens, the baddest of all the Wild’uns. I once saw him take on a Shih Tzu and a dachsund at the same time and beat them both. 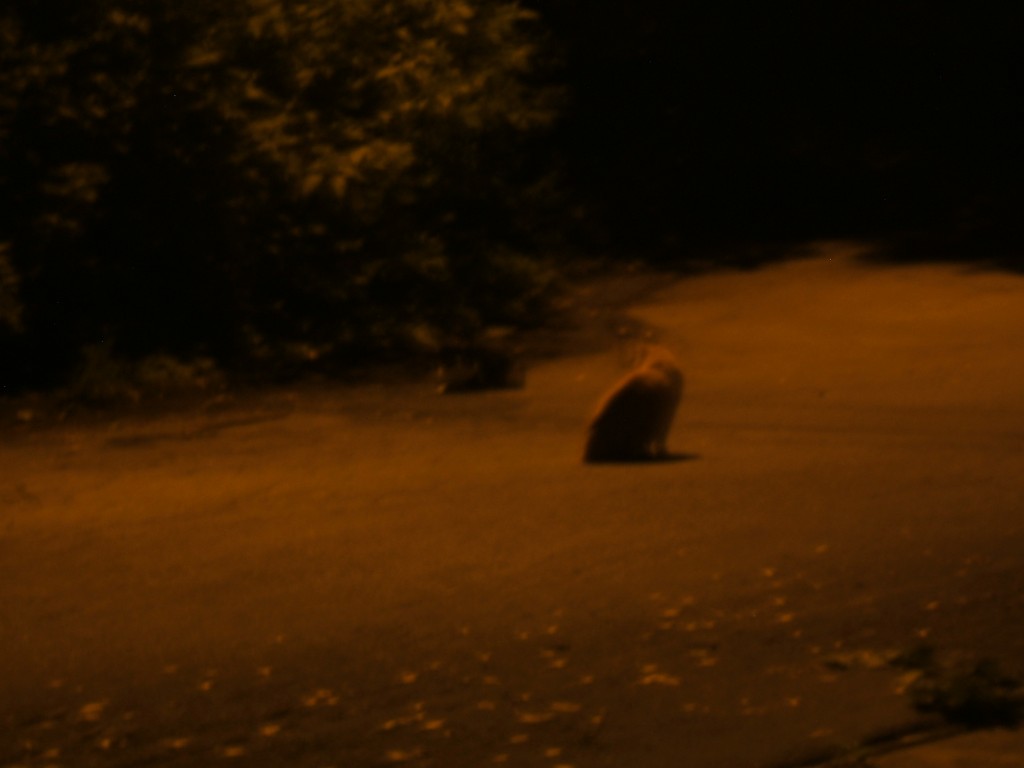 Mittens says something about Russell’s Mom (who he says is my Mom, too, but I don’t see it), and Russell doesn’t like it: 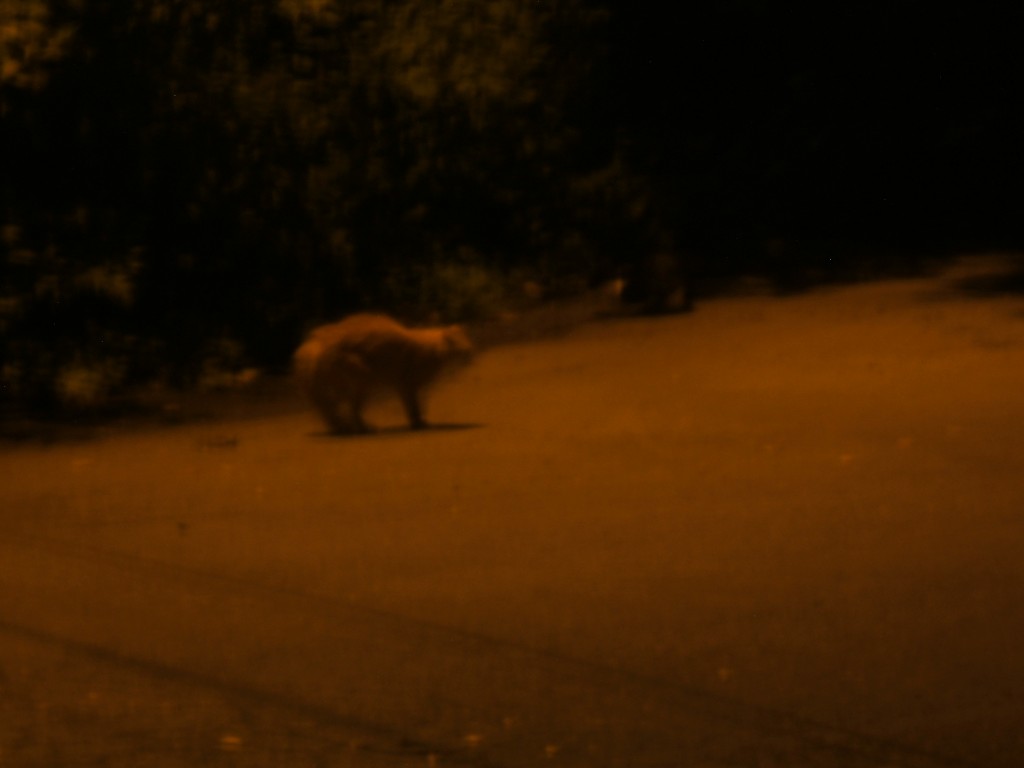 Next thing I know, the two of them are out there in the woods having at it. I couldn’t see what was happening, but I sure could hear it (turn it up loud!):

So, next day, I’m out on the lawn feeling pretty good: 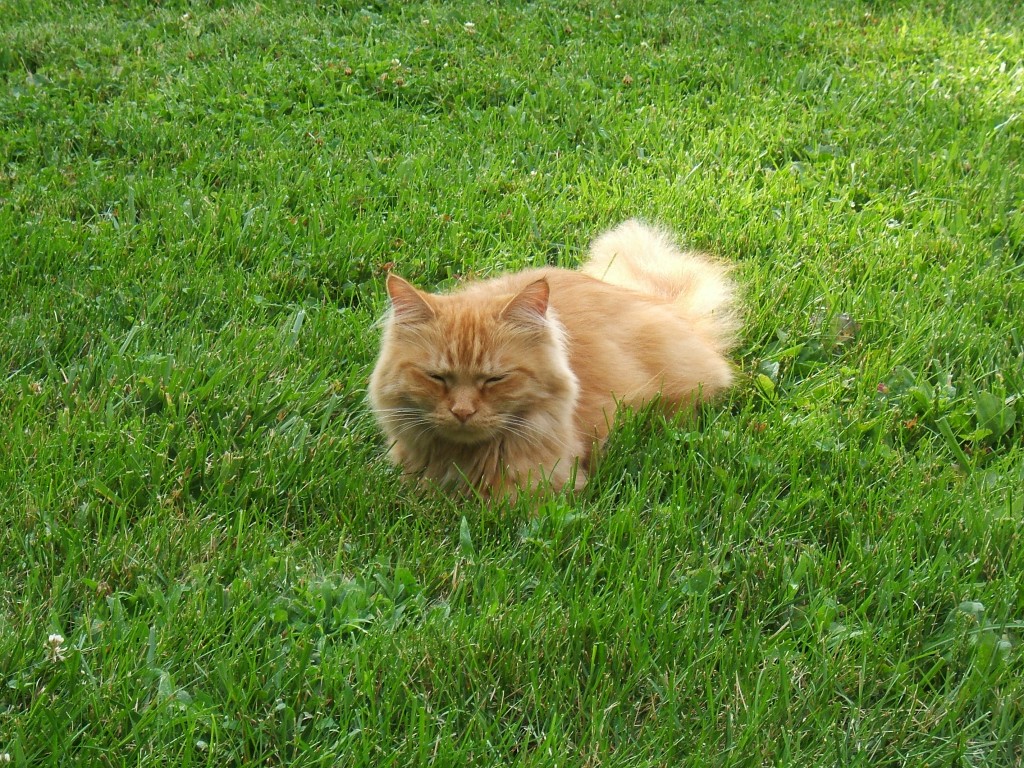 When I hear some noise and look over at the bushes and there: 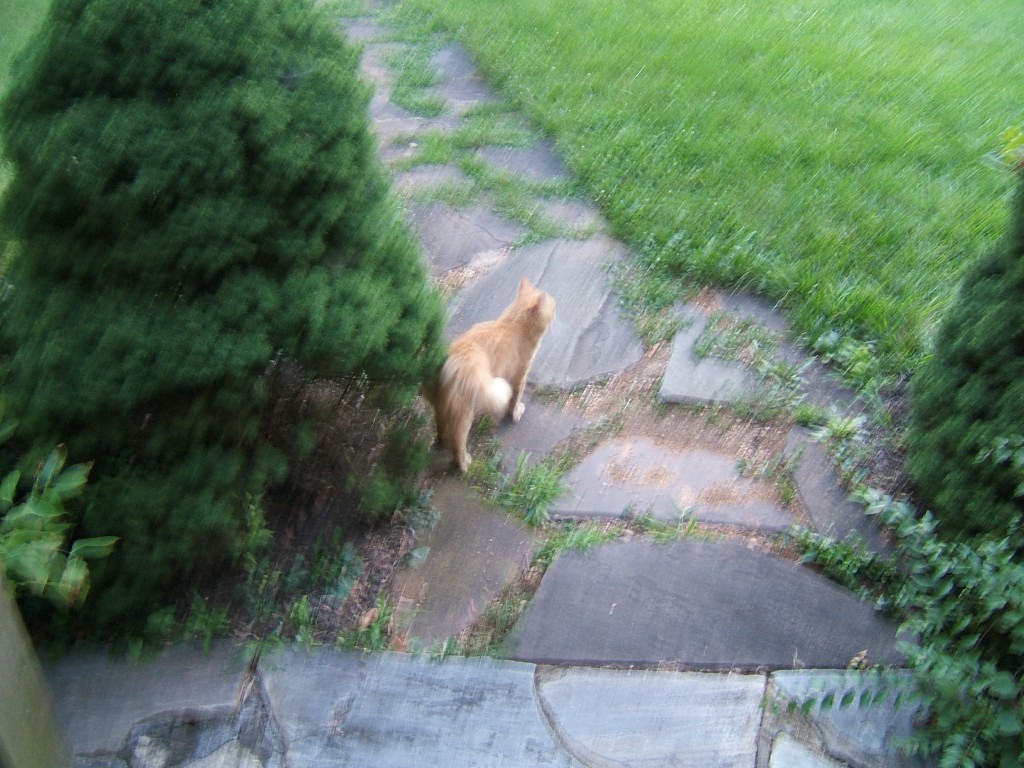 Russell. Unscathed. “Nice try,” he says, and walks away.

Should get that can of tuna back.

This entry was posted in The Adventures of Gracie the Wander Cat. Bookmark the permalink.