The Adventures of Gracie the Wander Cat: Da Livin’ is Easy

Whoa, been awhile, so guess I should put in my two claws worth but, really, ain’t much happening. I mean, it’s summer: 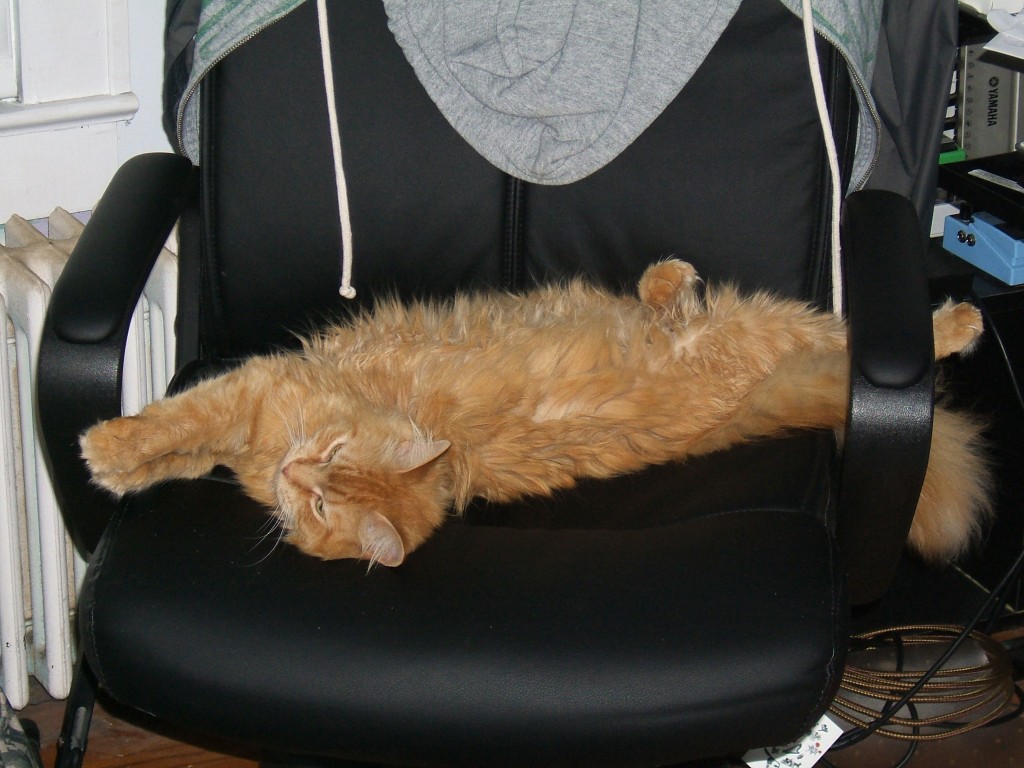 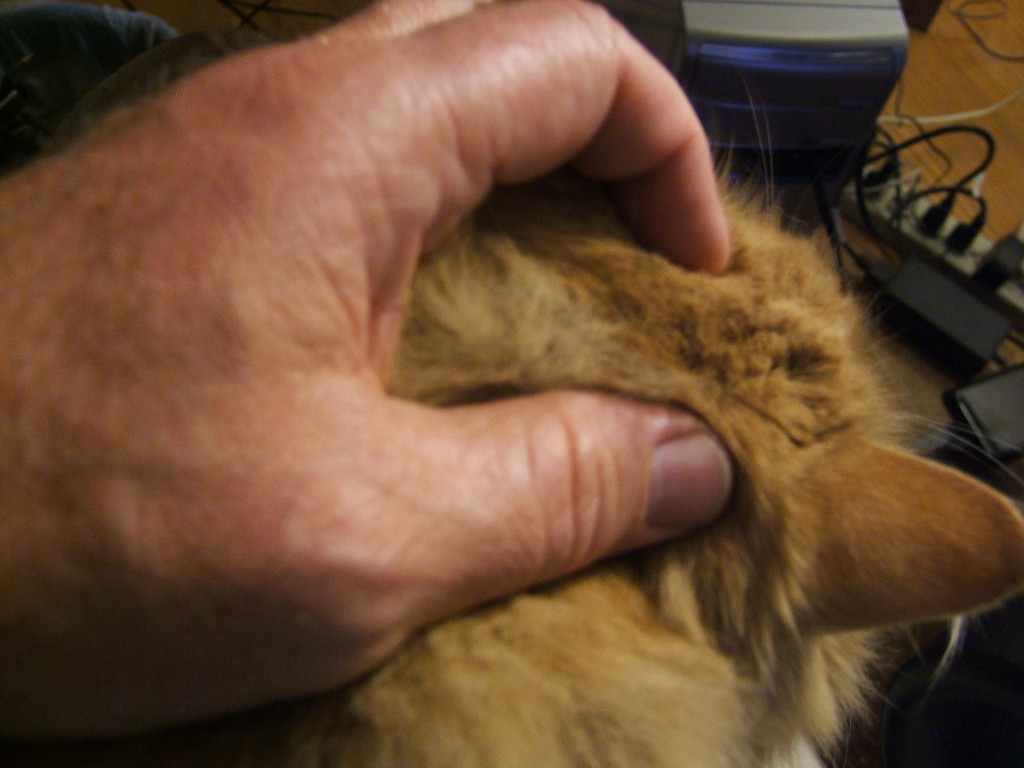 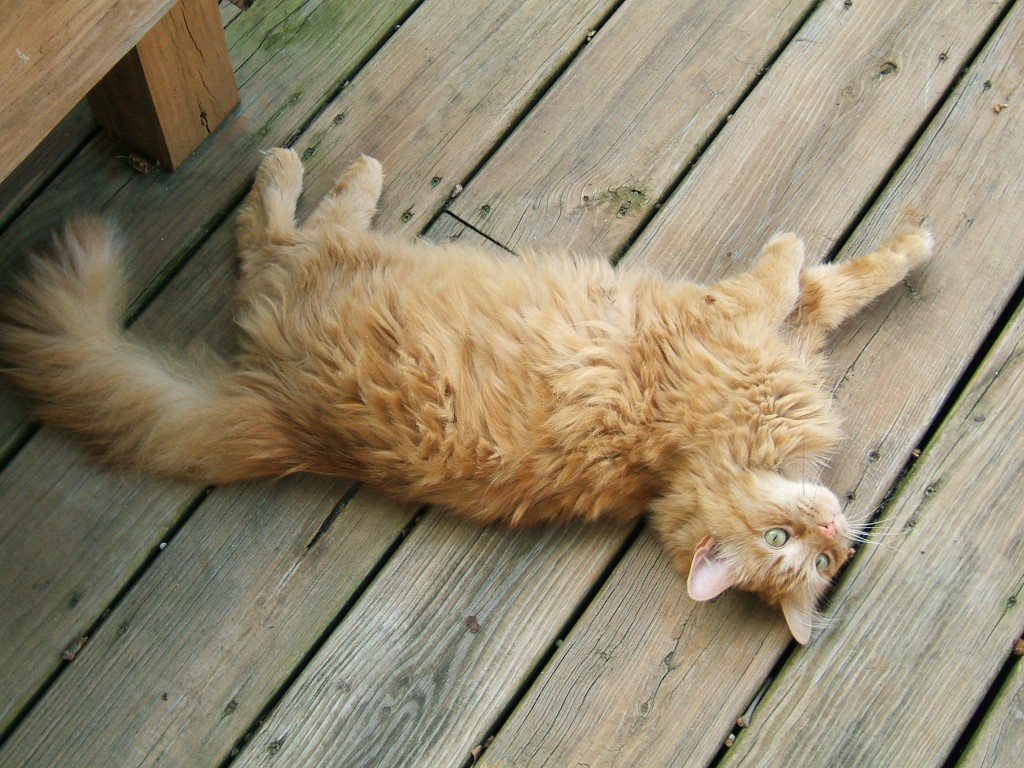 What, exactly, do you expect me to be doing?

It ain’t been all lazing around, though. I have been getting out: 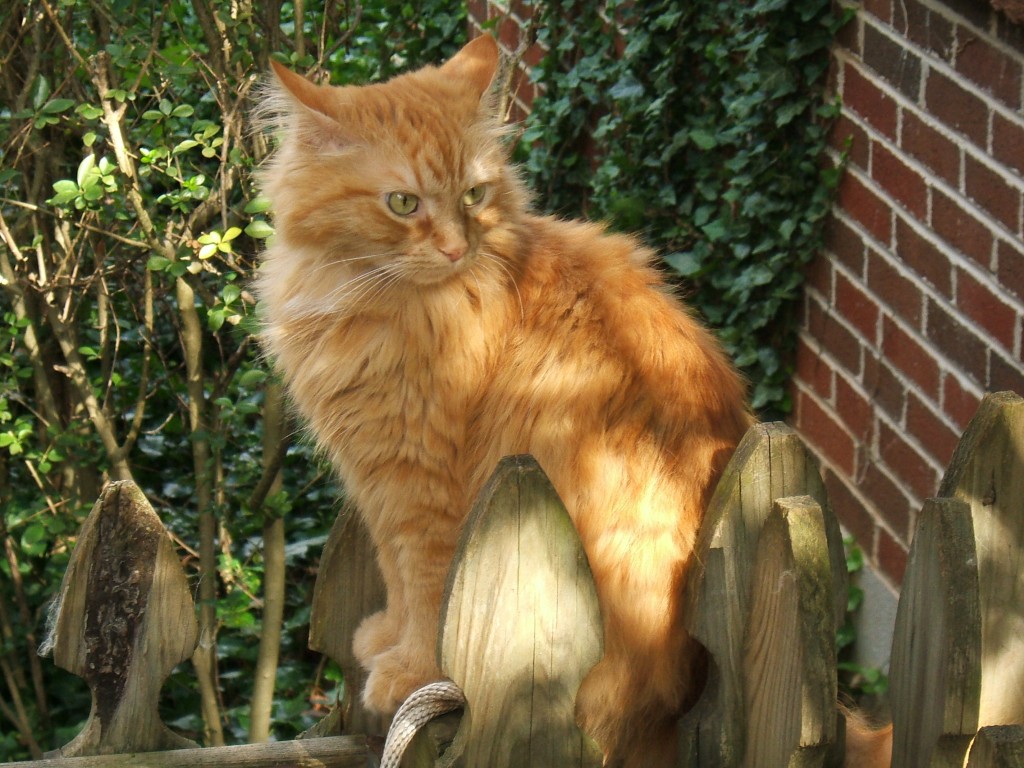 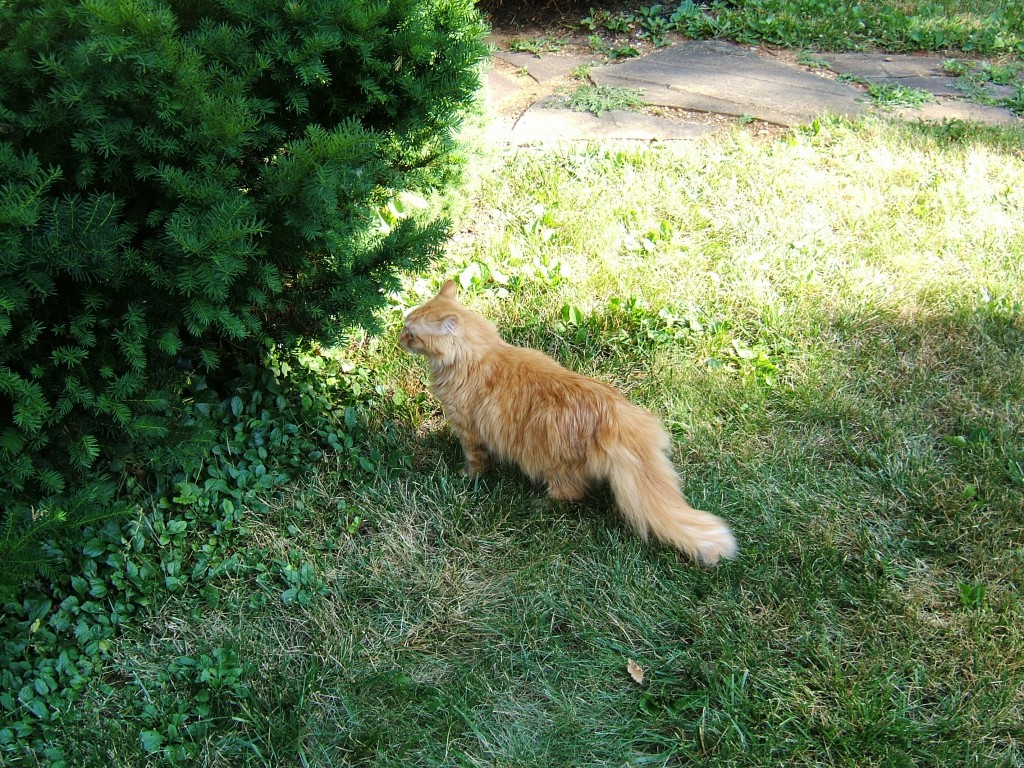 Mostly to keep an eye on this clown: 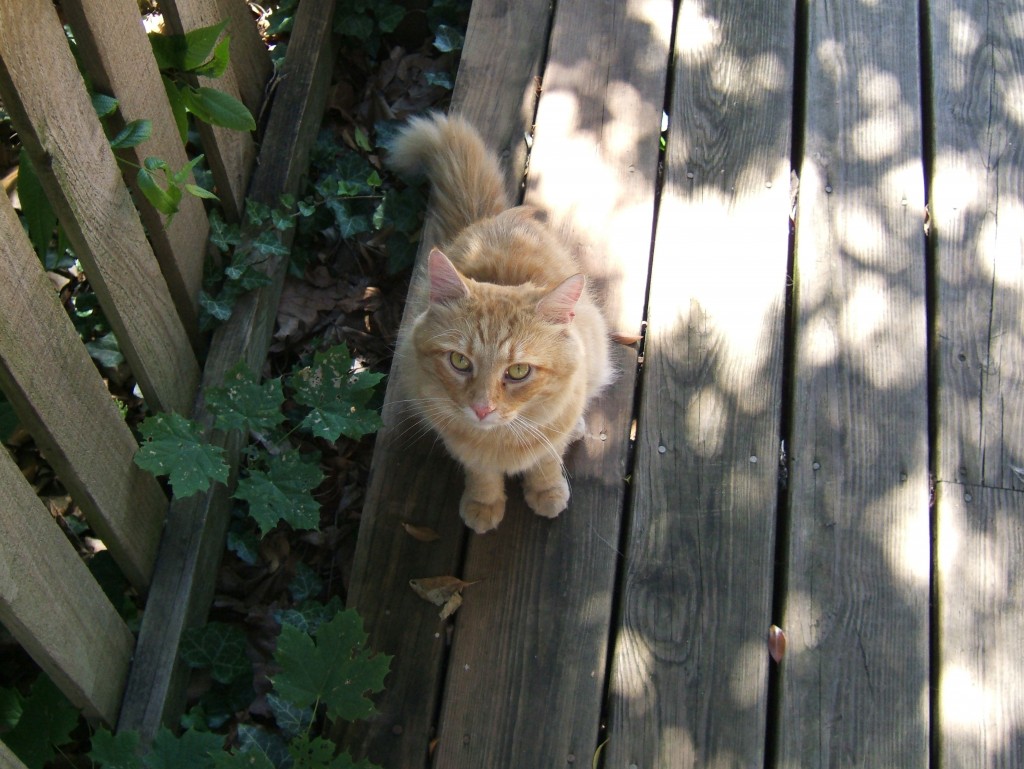 The Wild’uns have been telling me that Russell is really making the rounds. He’s got six or seven families on the street feeding him at random times. Has six or seven different names, too. Why, the other day, one of the families came over to that D. Krauss guy and said that I–Gracie– had been over to their place and they hoped D. didn’t mind them feeding me. “Sure it was Gracie?” D. Krauss asked. “If the cat has yellow eyes and a girly voice, then it’s probably Russell.” So it turned out; the girly voice gave him away. Think of an obnoxious maiden aunt.

“They look alike,” D told them: 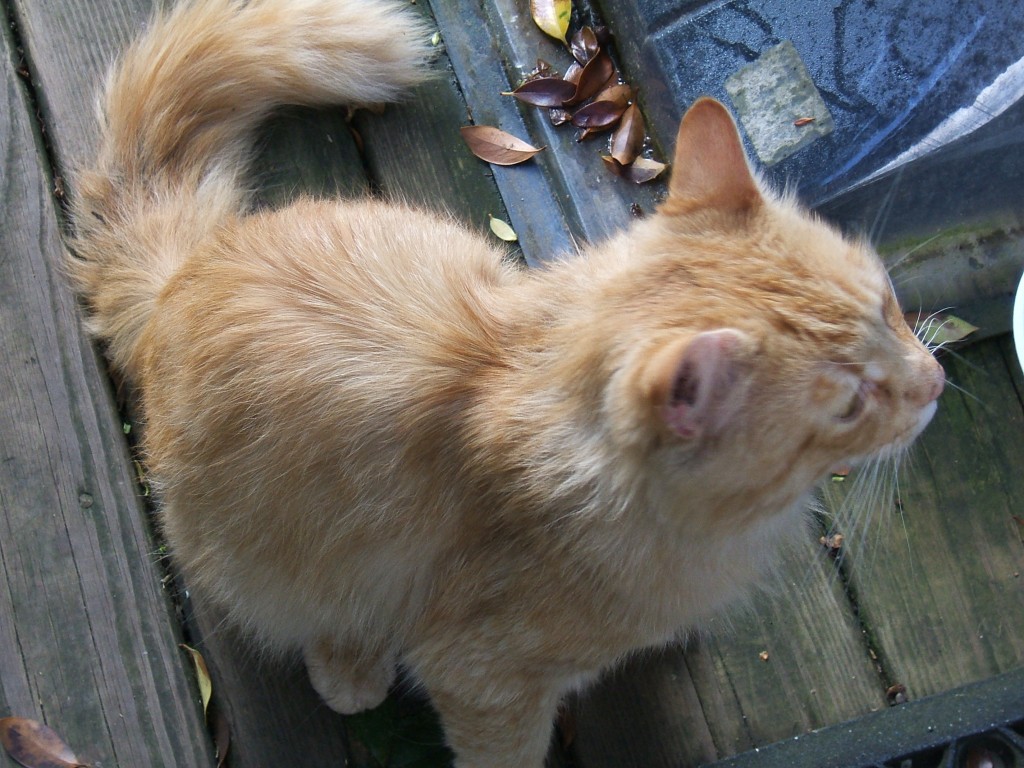 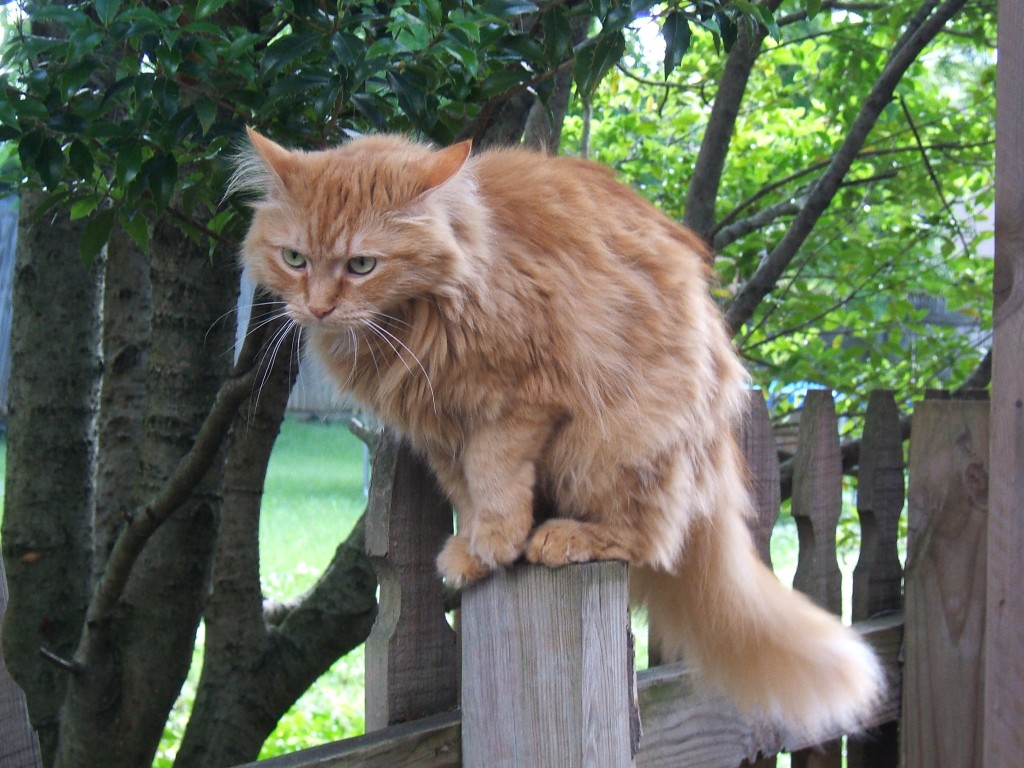 Then D told them that Russll is my drunk old dad who goes off on benders for weeks at a time then shows up to bum off his daughter: 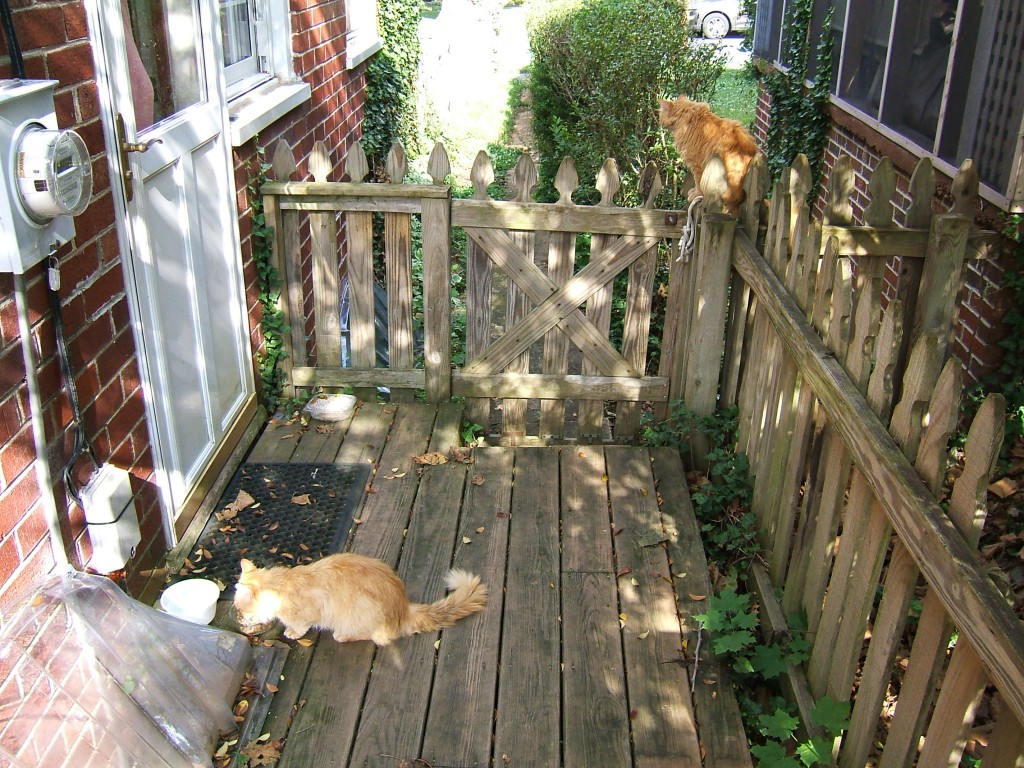 Russell. Is not. My dad. 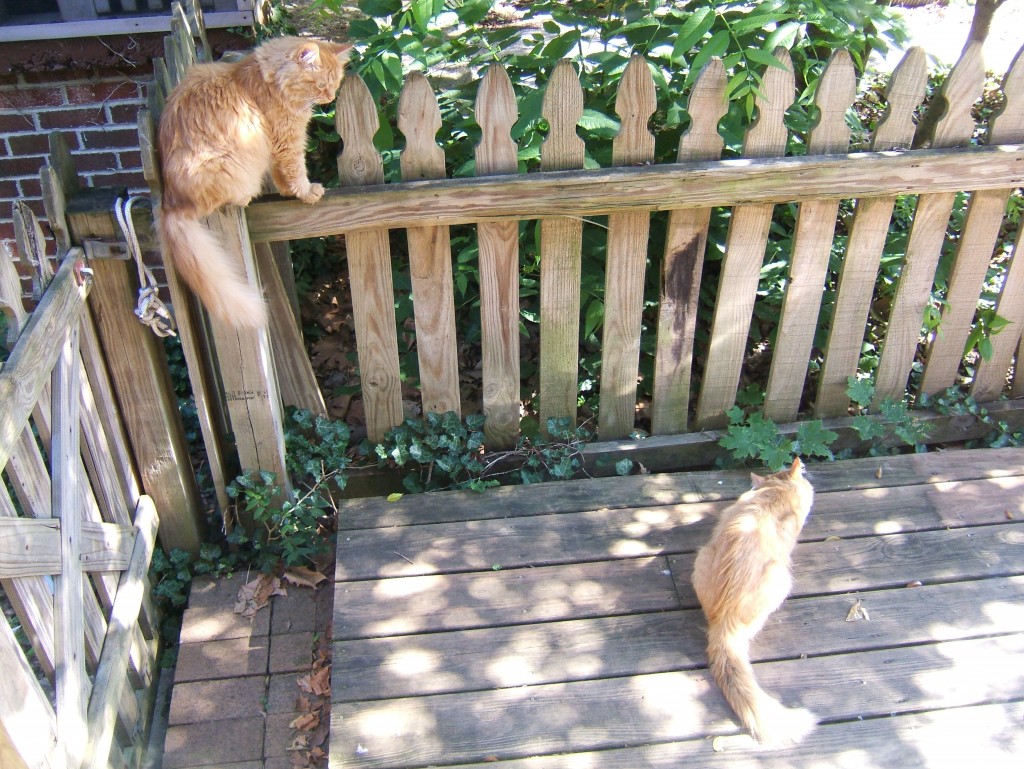 This entry was posted in The Adventures of Gracie the Wander Cat. Bookmark the permalink.