Let’s Do the Time Warp Again… 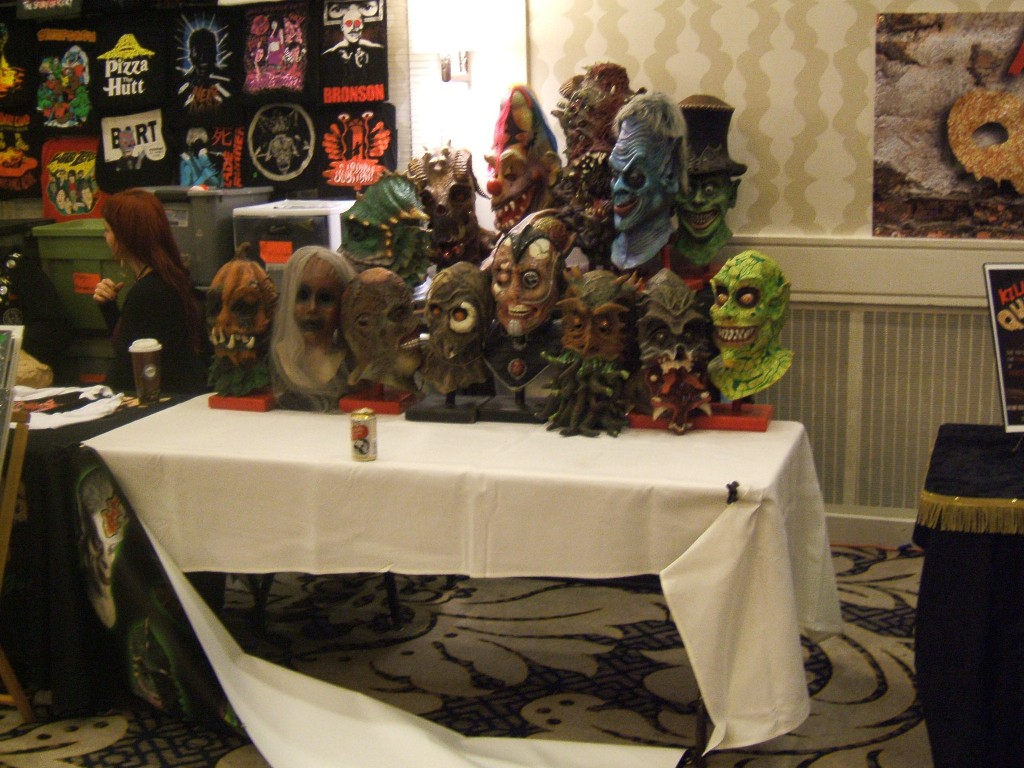 I went to MonsterMania again this year. It was in the same place, the Hunt Valley Inn. I set up my table in exactly the same spot: 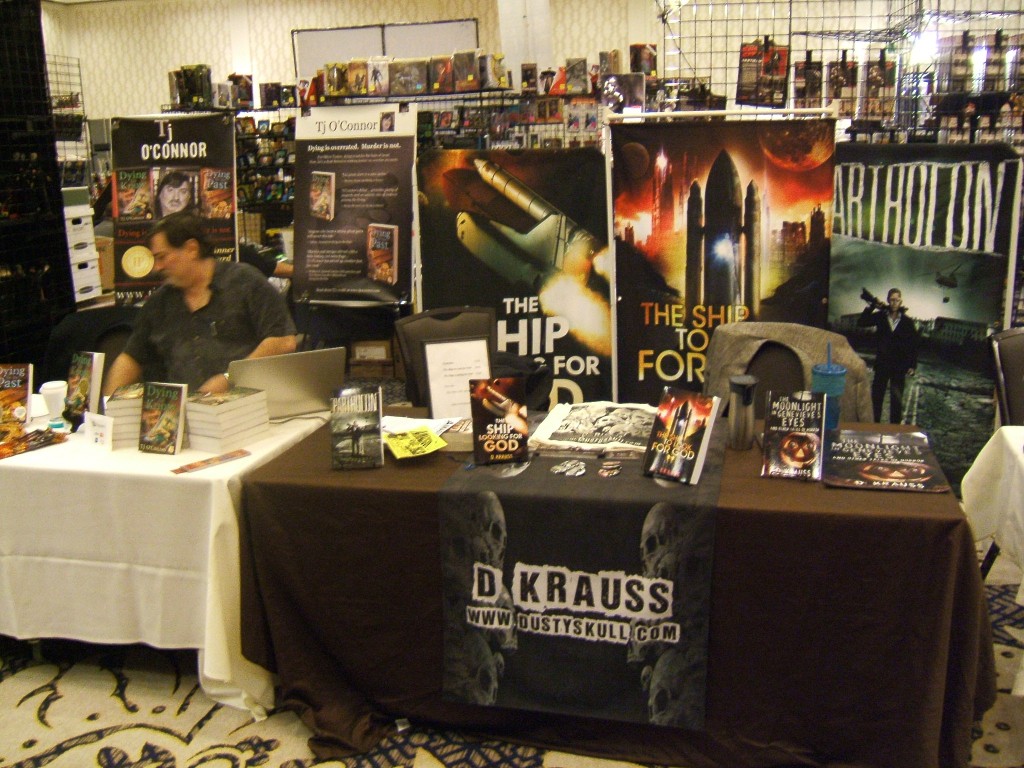 right next to the same guy, Tj O’Connor: 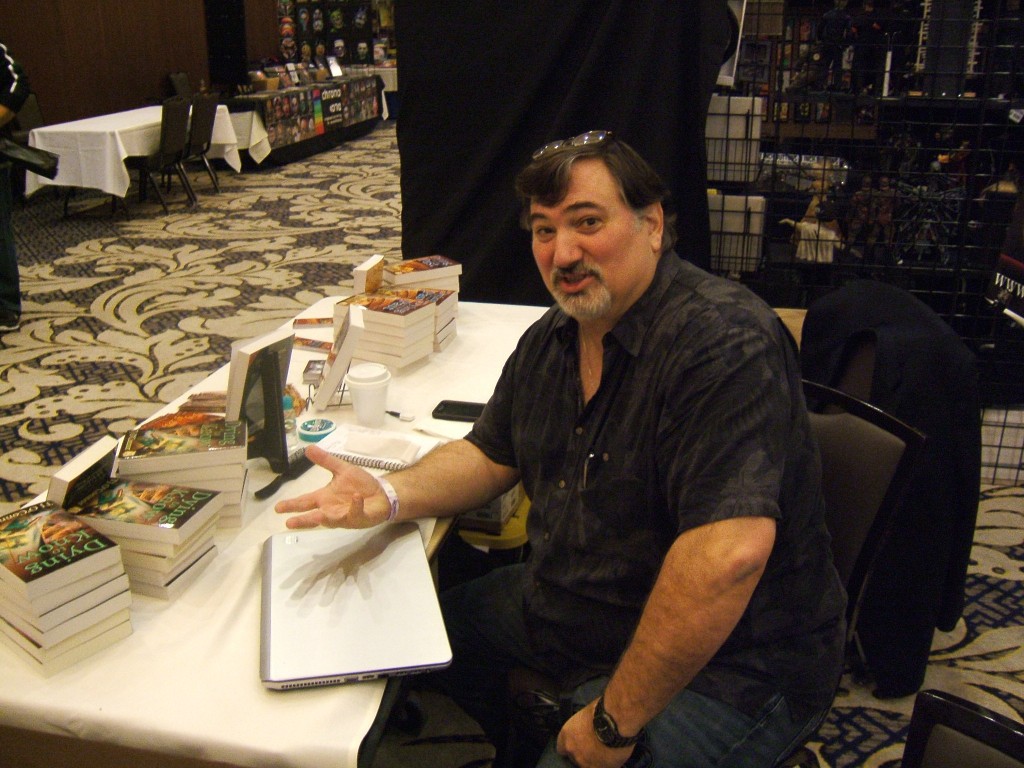 Deja vu all over again, and I immediately suspected a time fold of some kind, except there were subtle differences. Tj and I had a new book each, f’rinstance. Abby showed up as expected, but, this time, not in costume. And, she added Dalton: 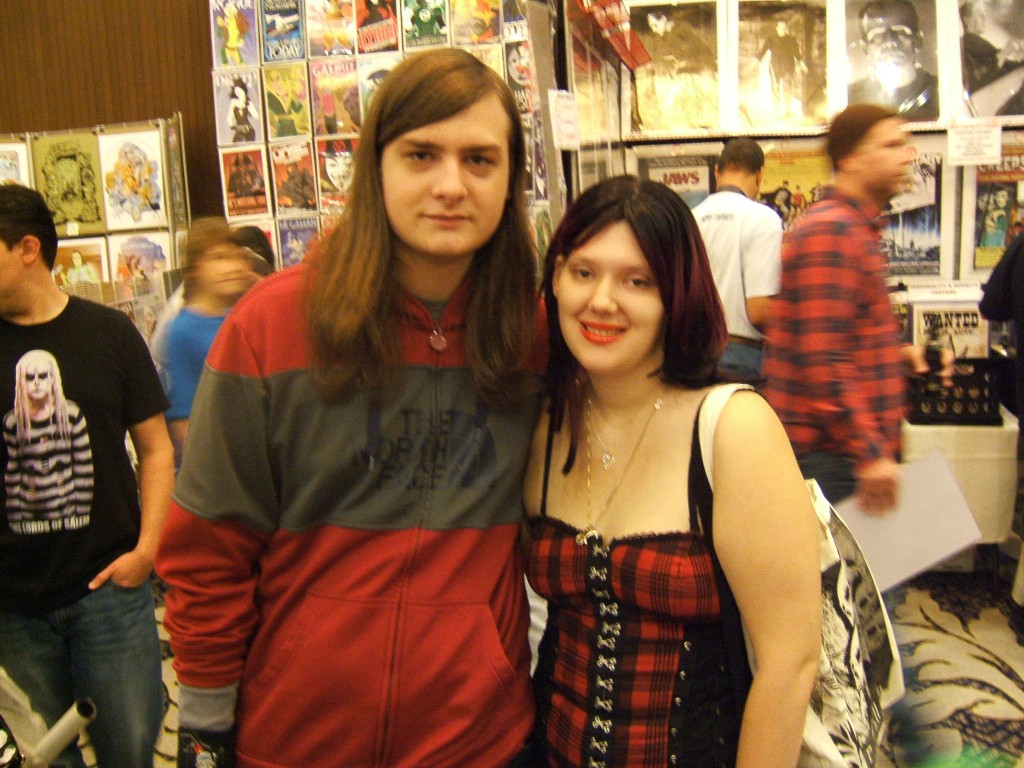 Captain Mango was there, but this time with the quite lovely Jenny Jannetty:

The quite lovely Jenna Manson showed up, sans bunny mask: 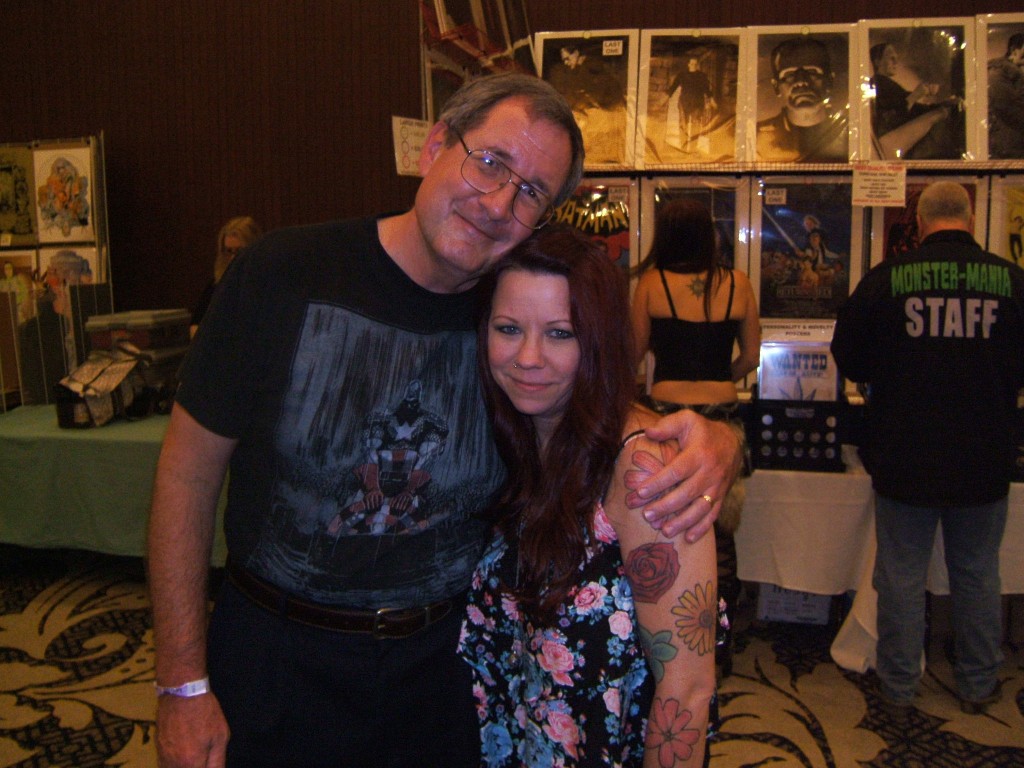 We love Jenna. Bunny mask or no.

Even some of the costumes were the same. Here’s a group from last year: 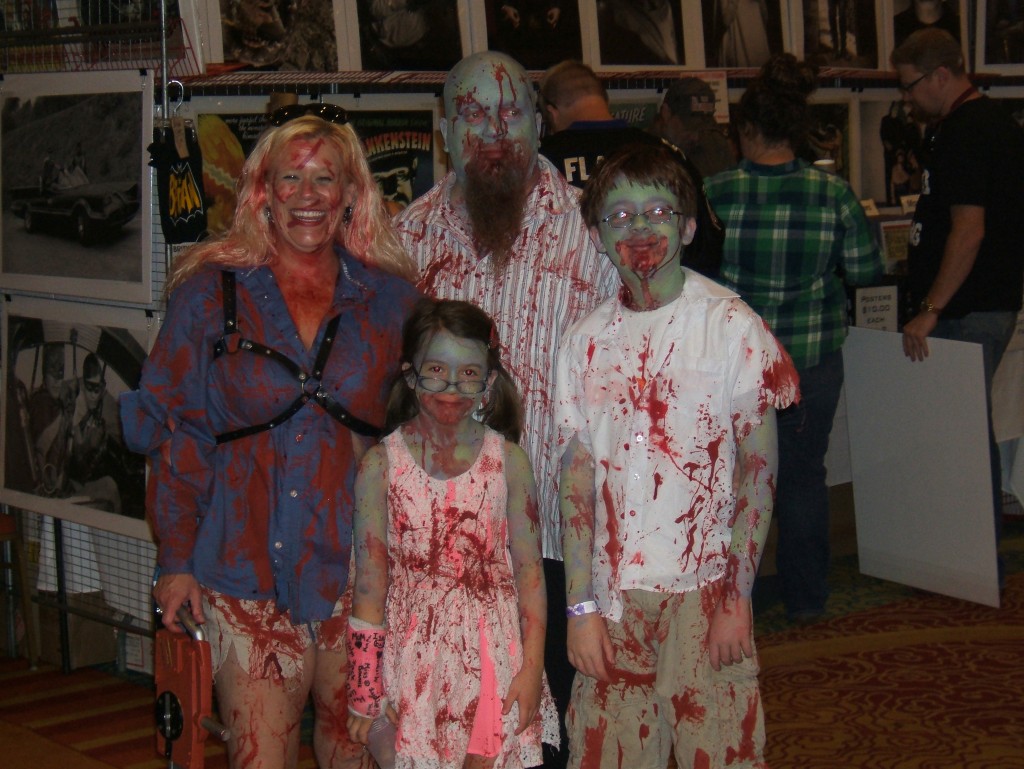 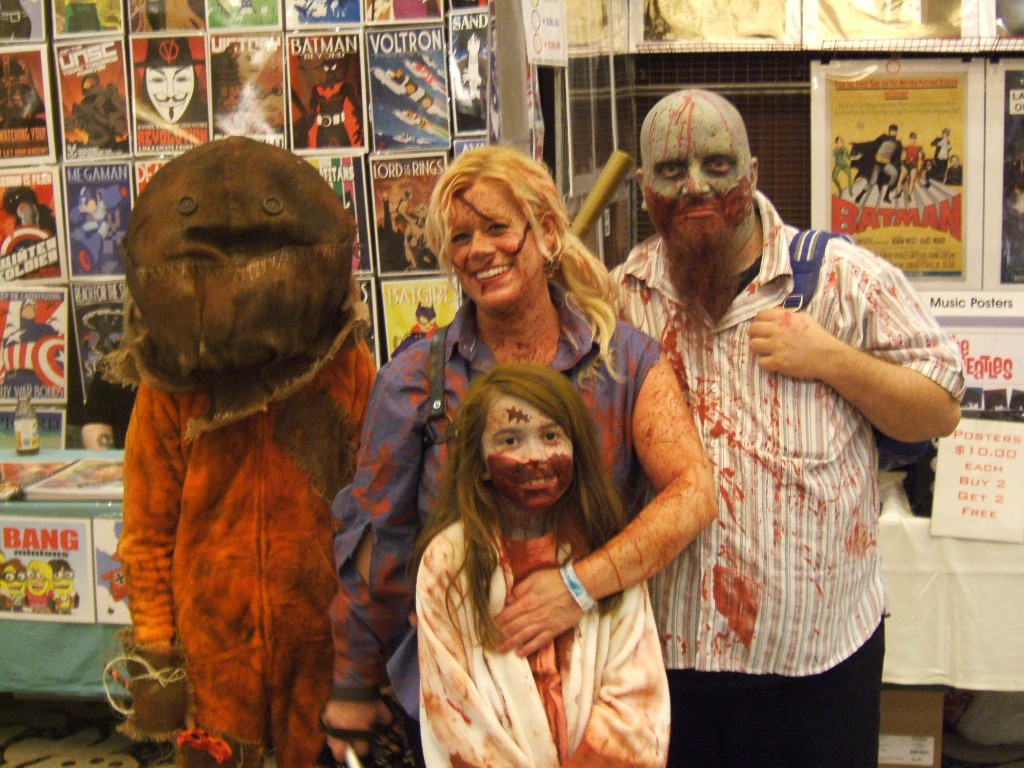 These guys from last year: 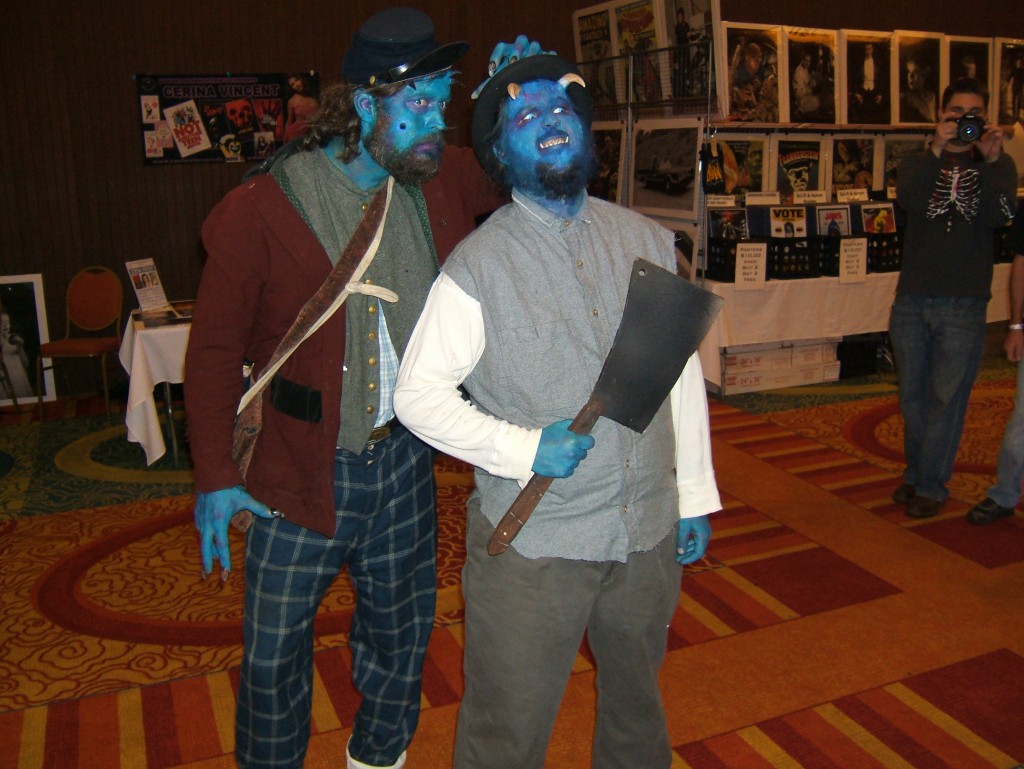 are these guys this year: 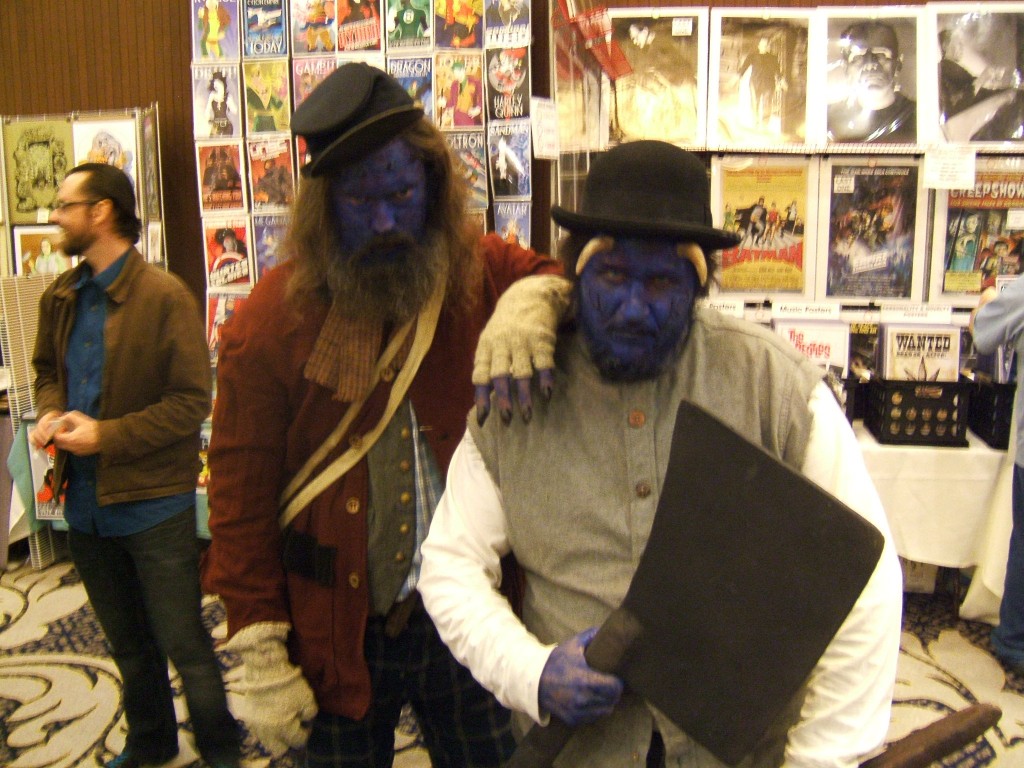 Now, there were new cosplayers: 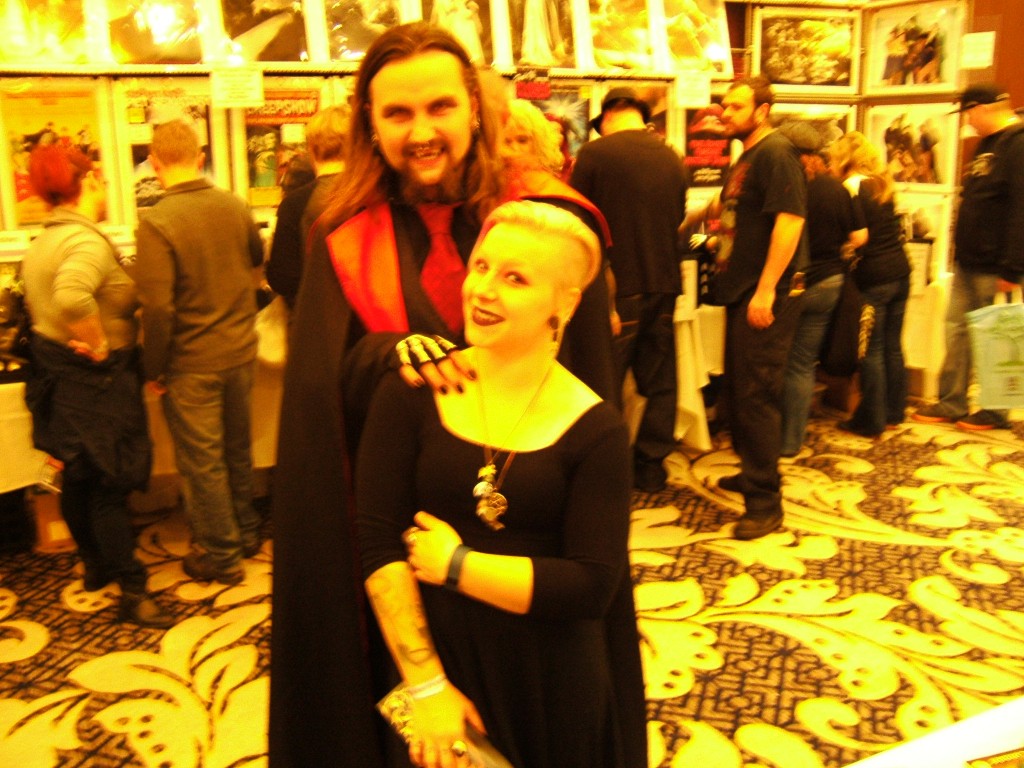 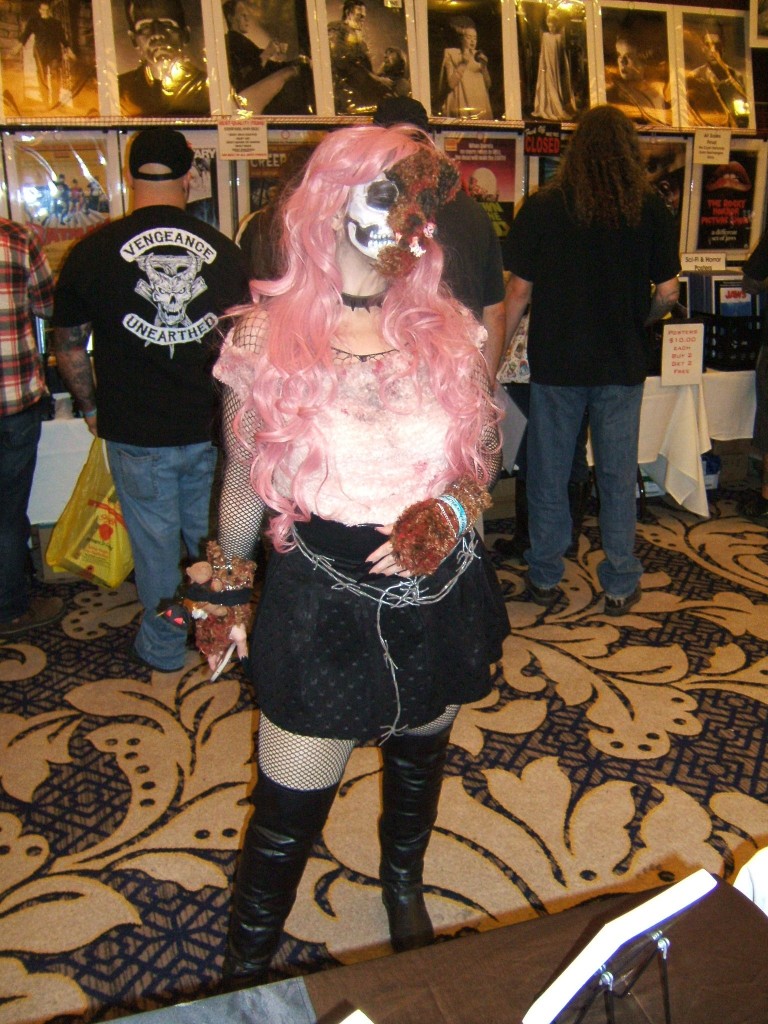 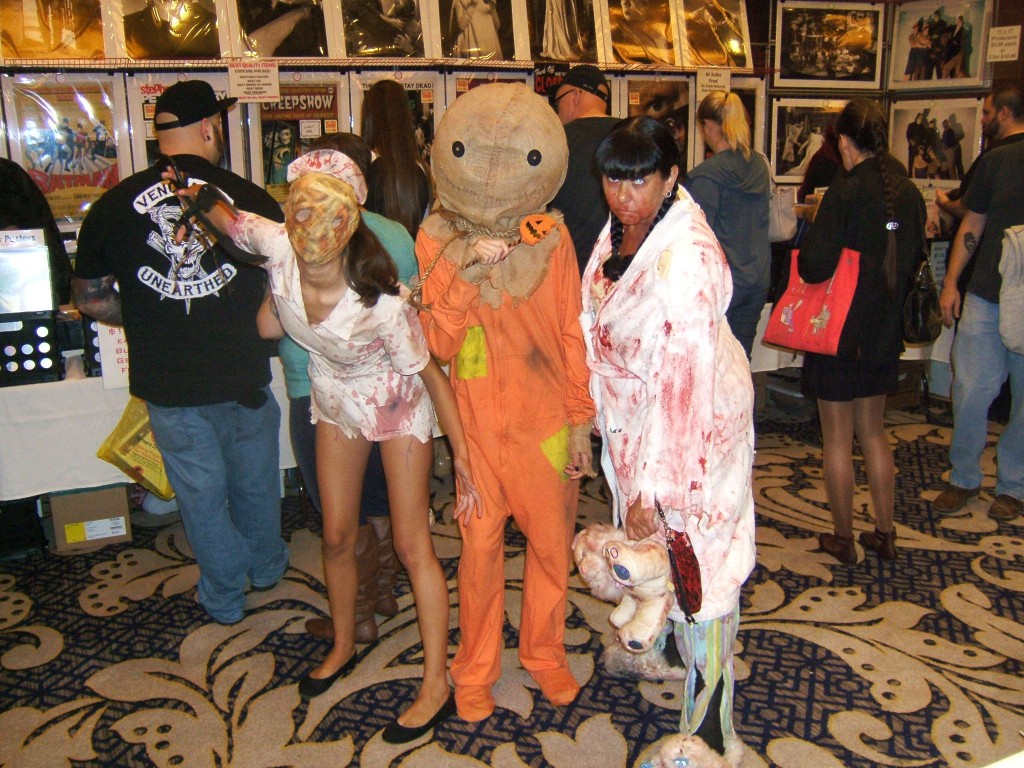 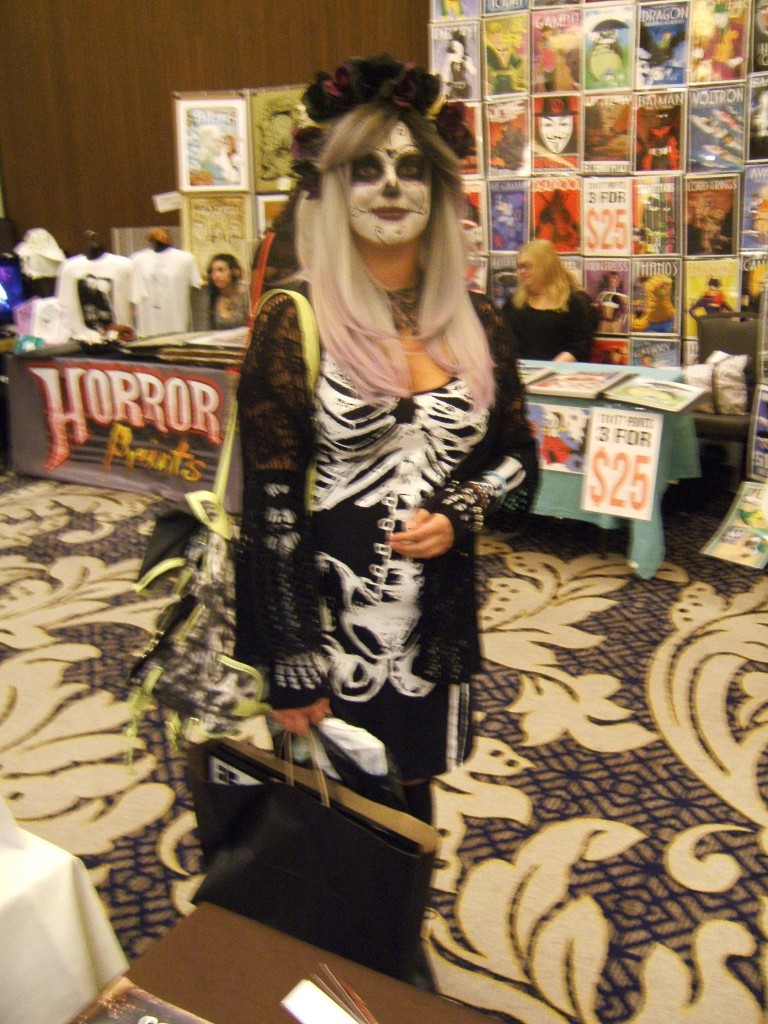 (By the way, she’s a nurse. Imagine waking up from a coma and she’s changing your IV…) 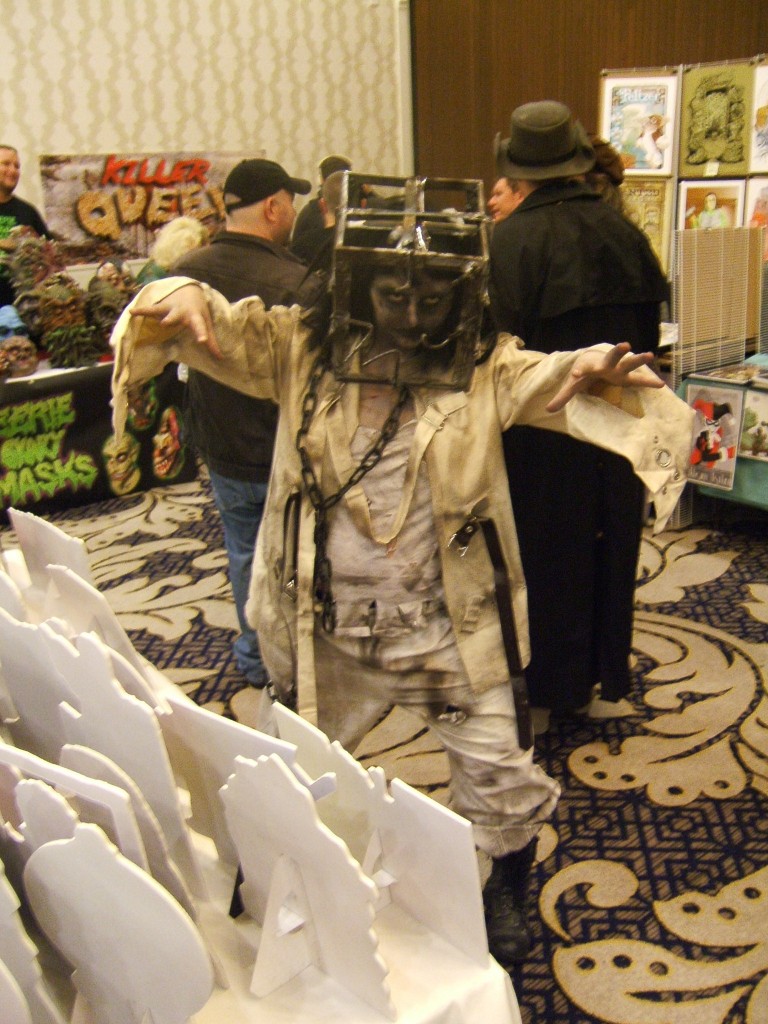 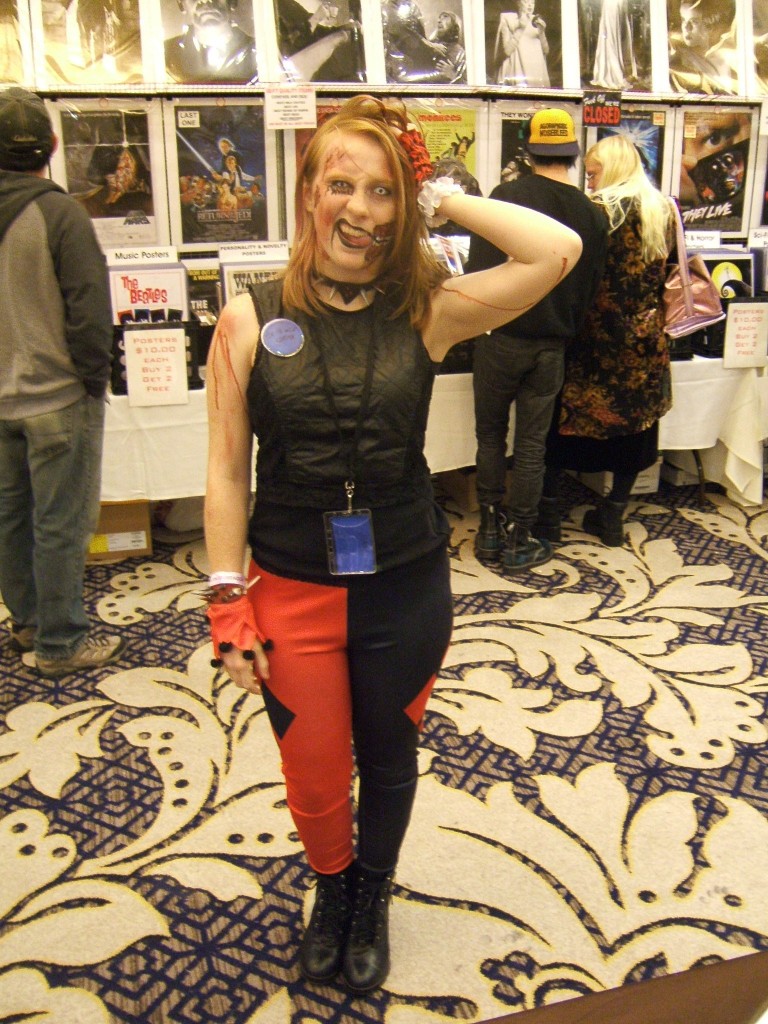 including the Killer Queen, who’s quite the guy…gal…whatever: 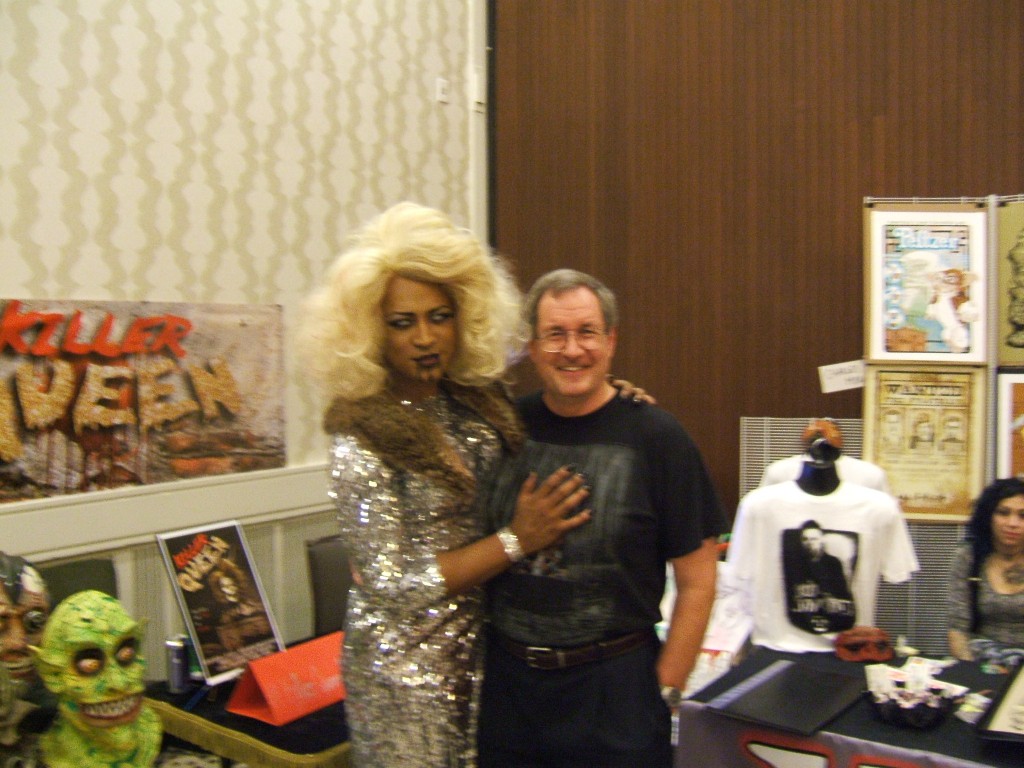 Still, I couldn’t shake the feeling I had been here before. Even in the bar Saturday night. Last year, it was girl-on-girl vampire action. This year, there were untoward activities, but different, such as floggings. And wrestling matches. I got bulldogged by the lovely Jenny, who can bulldog me anytime she wants to: 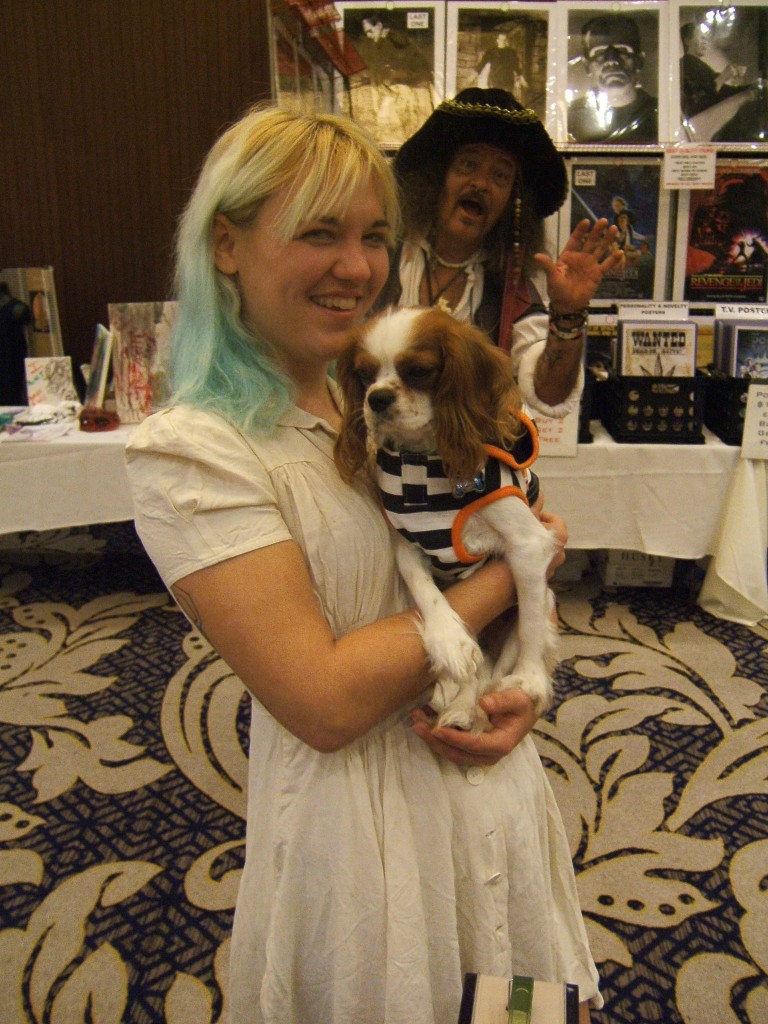 I guess I’ll have to go again next year to verify if this is, indeed, some kind of warp thing. And get a rematch.