Oh No, Not Again 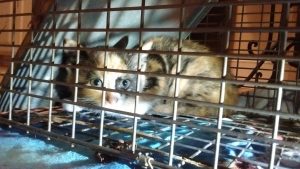 Looks like a raccoon, does’t she? Or a pirate.

Filthy, she was, tick and flea infested, so bath time: 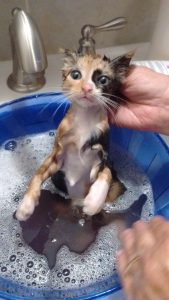 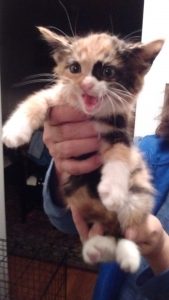 Took her to the Dakota Dream people on Saturday and they said keep her through the weekend and give them a call on Monday to see what we’ll see.

Already, though, she’s stopped hissing and swatting at me and is mewing for attention and rubbing against my fingers and eating well and playing happily. We’ve named her Tess.

I’ve got a bad feeling about this.

So do Gracie and Circe. 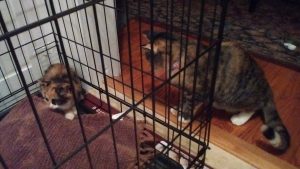 Looks to me that Circe is a relative. A very close relative.

I swear cats are leaving hobo signs on my fence.

This entry was posted in Life in the Shenandoah Valley, The Adventures of Gracie the Wander Cat. Bookmark the permalink.