The Dad of Frankenstein 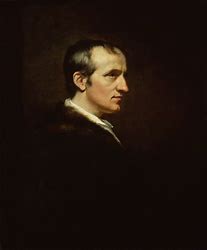 I saw the movie Mary Shelley  a little while back. Pretty good. Enjoyed it. Elle Fanning 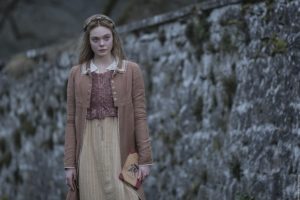 was far more ingenue than Mary Shelley ever was but, fine, she has the look. Thought it gave a very accurate portrayal of Percy Shelley and Lord Byron, two of the biggest creeps in history but even better was the treatment of a long-forgotten historical figure: Mary Shelley’s father, William Godwin. Played by Stephen Dillane (who most of you will know as Stannis Baratheon), 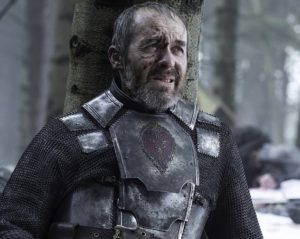 this is Godwin as aftermath, shell shocked and hammered to his knees, fallen from grace yet still filled with grace, even though a few more hammer blows are coming…at the hands of Mary Shelley. Godwin was one of the greatest persons of those times, greater than Percy and Mary. Funny how things work out.

William Godwin was the first Communist…first published Communist, I should say, pre-empting Karl Marx by about seventy or so years. Indeed, the Marxster took a lot of his ideas from Godwin. Godwin was an enthusiastic supporter of the French Revolution and called for the annihilation of society so we could all live together in a state of free love and free food and free everything. Like I said, communist. He was the toast of the radical sect, the toast of the town, hung out with Thomas Paine and Thomas Holcroft while the cool kids, Coleridge and Wordsworth and Hazlitt, followed him around like a puppy. He went to all the best parties. He was the Bernie Sanders of his time. He was also quite the novelist, having written the first literary thriller, Caleb Williams. Bon vivant.

And then it all went to crap.

Why? Well, the oldest story of all, love. 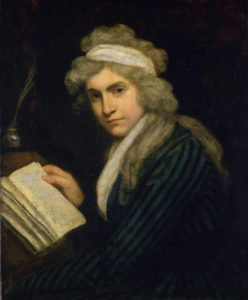 She was a radical feminist and the two of them not only hit it off, they became pregnant with Mary — without benefit of marriage vows — which was about the lowest thing you could do in 18th Century London, especially since Wollstonecroft already had an illegitimate daughter, Fanny, conceived with an  American (gasp!) when she was living in revolutionary France. Friends and relatives shunned them. When the French Revolution turned ugly and bloody, everyone else shunned them and they were hounded and jeered and sneered at and shaken to their ultra radical cores to the point that they compromised their principles and got married, although they gave a nod to said principles by maintaining separate households (next to each other), communicating by notes most of the day. For a few months, anyway, before Wollstonecroft died from childbirth complications.

More so than the wholesale repudiation he got from kith and kin over his radical philosophies because Godwin loved Wollstonecraft with an intensity, a purity, a completeness that is the stuff of legends. Gone. Just like that.

Reputation gone, too, no friends, no family, everything he believed and taught now ridiculed and proscribed, saddled with a baby girl and a stepdaughter…what to do? The worst thing possible: he married a widow named Mary Jane Clairmont with two children of her own; one of them, Claire, becomes an important figure in the whole Percy Bysse/Mary Shelley saga. Clairmont was a horrible woman, a harridan with a cruel streak directed mostly at Mary but often at Godwin. She was a spendthrift who quickly drove the already indebted Godwin into the slums. But she had an excellent sense of organization and she pulled together a bookstore as she directed Godwin to pen a series of children’s books under a pseudonym. Now known as the Juvenile Library, the books are still in print. No surprise, William was a great writer. Just read his St. Leon.

It’s one of the scariest novels ever written, even more so than Frankenstein.

That’s the William Godwin you see in the movie: wounded, trashed, scorned and spat upon and grieving the one great love of his life. He still keeps Wollstonecroft’s portrait over the fireplace. And then to have his one daughter run off with that cad Percy Shelley and go live the very bohemian lifestyle he and Wollstonecroft encouraged…most of us wouldn’t be in the best of moods.

But yet, he is. Well, not happy-dancing down the street or anything, but Godwin reacts so well, so calmly, In the movie, he’s self-possessed and fair and even, a very accurate portrayal, if contemporary accounts can be credited. What a great soul.

I’ve often wondered why Hollywood has never done a film about Godwin and Wollstonecroft. I mean, radical anarchist with radical feminist defying social mores, what’s not for Commie Hollywood to like? Maybe because it didn’t turn out so well? Pish. It turned out wonderful. The love is still in Godwin’s eyes.

This entry was posted in Reading itself. Bookmark the permalink.