The Return of Joffrey Charlemagne

Some of you (well, the 1 or 2 of you who actually come back to this blog) may be wondering what, exactly, has Jason Smith been up to after his succesful Indiegogo campaign. Well, wonder no more: 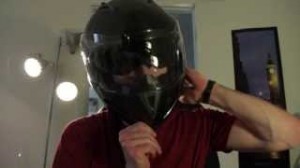 Well, I’ve sold all assets and moved to Maui where I am currently writing to you. JK, pre-production for the second half of Losing Cable 2 is going swimmingly. We’re nearly finished building and decorating the sets, getting everyone’s wardrobe fitted just right, and tweaking the scripts so that it lives up to the bold claims of this series being the “Citizen Kane” of stoner comedies.

2. Was Mafia money included in the totals?

3. Where’d you get the cool space stuff?

A few months ago I found this fan film for a video game I really love where the filmmakers bought some motocross body armor and painted it all pretty. It looked like a legitimate sci-fi space suit, so I thought I’d copy that process, because I’m definitely not clever enough to come up with ideas like that on my own. So I, too, bought a few motorcycle helmets along with other motocross body armors, and am currently in the process of painting everything. I also picked up a few kevlar neck slips to make the helmet and body armor look connected and flow together, along with shiny black gloves and knee pads. I’ll be writing a blog on the whole process in the coming weeks, so definitely stay tuned for that. Spoiler alert: glossy paint samples from Lowes are your best friend.

4. What cast additions are you planning?

Well the biggest thing, and what I’m super excited about, is bringing quick fun characters into the script who are played by the $100 IndieGoGo donators. The reward for that perk during our fundraising campaign promised a flash of brilliance as a memorable character in an episode. So far, I have a war-hero-gay-janitor who leaves origami animals (Blade Runner style) throughout the hotel our protagonists are staying in, also a mega fanboy who knows all sorts of Space Commander lore at the convention, and even Odin Ruler of Asgard.

Aside from that, a friend of mine came up with an awesome character that we’ve been writing together for Space Commander named Garry. Garry’s basically a test dummy for all dangerous missions and a throwback to the “red shirts” of the original Star Trek who always seemed to die first on every mission. Raul sends Garry into a hot zone, Garry inevitably dies, is cloned, and then rushes back into the hot zone, repeating as necessary. He’s kind of like a super manic Data from Next Generation, who’s also strangely giddy and stuck in this 1950’s “Leave it to Beaver” personality.

I’m also including a new character in the LC2 world named Gunther, who is the leader of the Patch Scouts (think Boy Scouts minus the lawsuit), who was hired by Jordan off of Craigslist to run the Senate campaign for Joffrey. Gunther’s a real by-the-book guy who’s super serious about his job, unlike Joffrey.

One more big new character is Reginald Wallace, the soon to be father-in-law of Charles, who is also the competition for Joffrey Charlemagne as he runs for Senate. He’s a war hero who’s been in the Senate basically since it’s inception, but he also has a secret that we’ll learn about later in the series. He’s got a lot more to him than meets the eye and plays a huge role in the story as things start spiraling out of control.

Konrad Turnbull, who came up with the idea of Garry, will also be playing that character. He’s British, which makes the series mega legit since the cast is now suddenly all diversified and stuff.

Jake Rakowski, who also plays Jensen and Chef, will be playing Gunther as well. He’ll be playing three characters at once, but I have explanations as to why this works because I’m awesome at covering my bases.

Edward Rakowski (Jake’s dad), will be playing the role of Reginald Wallace. He played one of the three main characters in the feature film I made a few years ago called “A Chrome Horse and a Diplomat“. He’s an awesome dude and a blast to work with and he’ll be working with a lot of alum from Chrome Horse, which I’m stoked for.

My cat told me the other day that I’m but a shell of the man I once was. I think once you get that 100th subscriber on YouTube, your life forever changes. I mean, I’m snorting coke off of stripper’s thighs while sky diving into volcanoes just to feel some semblance of an existence. You reach that high of attaining 100 subscribers and you think, “Well, I guess I’ve made it. Now what?”. I think after Losing Cable 2 wraps, I’ll retire somewhere in the South Pacific and play russian roulette with Kiribati pirates for the rest of my days. Something simple.

7. If you could be any color you choose, what would it be?

It’s always a toss up between Atomic Tangerine and Purple Mountain’s Majesty. Both real colors, I assure you. But if Jason Smith was a color then I’d chose me, of course, which would resemble something like Mauvelous (still a real color).

8. When can we expect a Joffrey Charlemagne for President campaign?

I’m all for a Losing Cable 3, Commander-In-Chief Edition. I think America is ready for the Joffreyocalypse (which is not a real color, sadly). Let’s see if he can get through this Senatorial campaign first though. It’s gonna be a hell of a ride.

To quote the bible: “Yes, there is swag.”

10. Is your Mom still hoping you get a real job?

I think she gave up all hope of me being normal long ago.